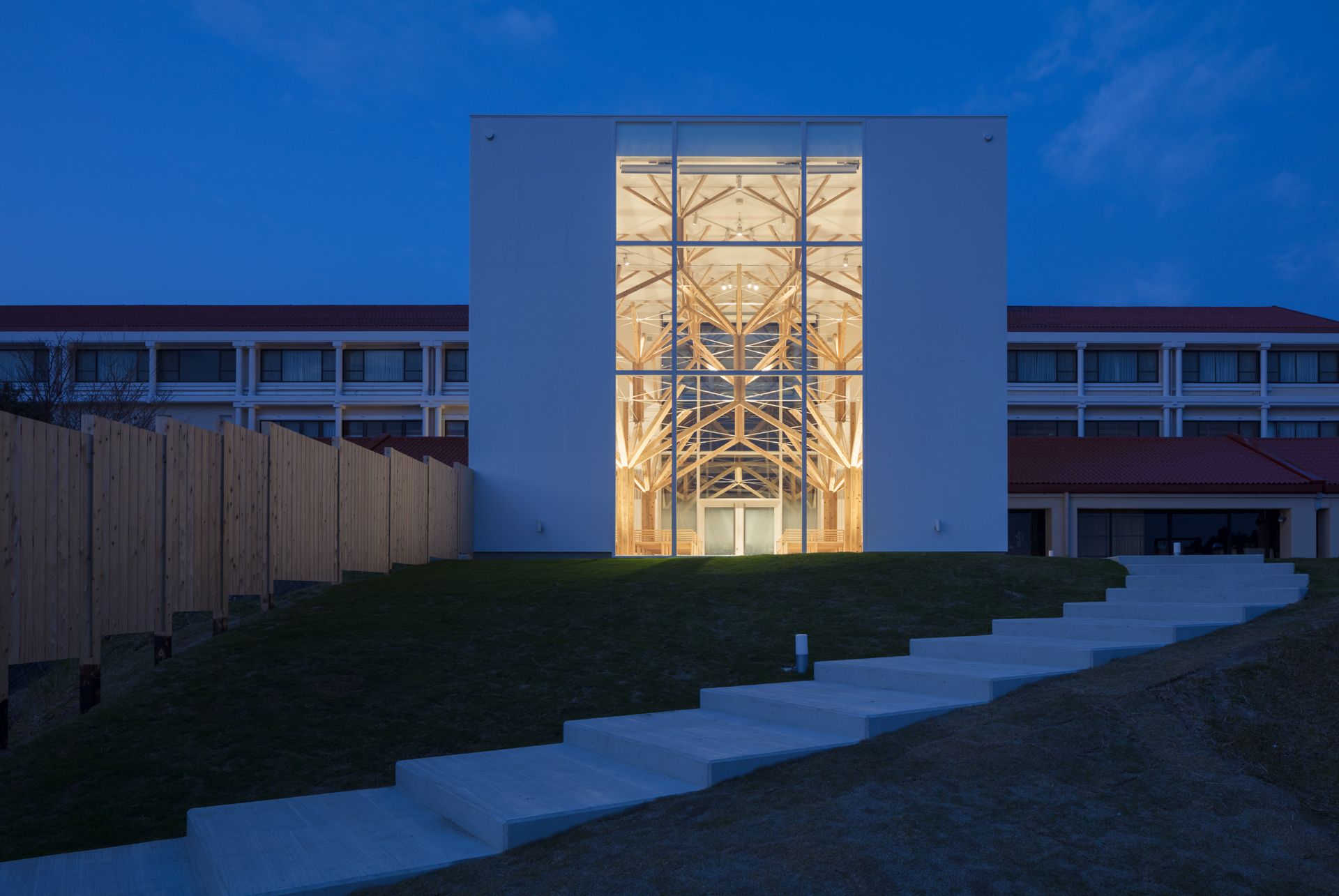 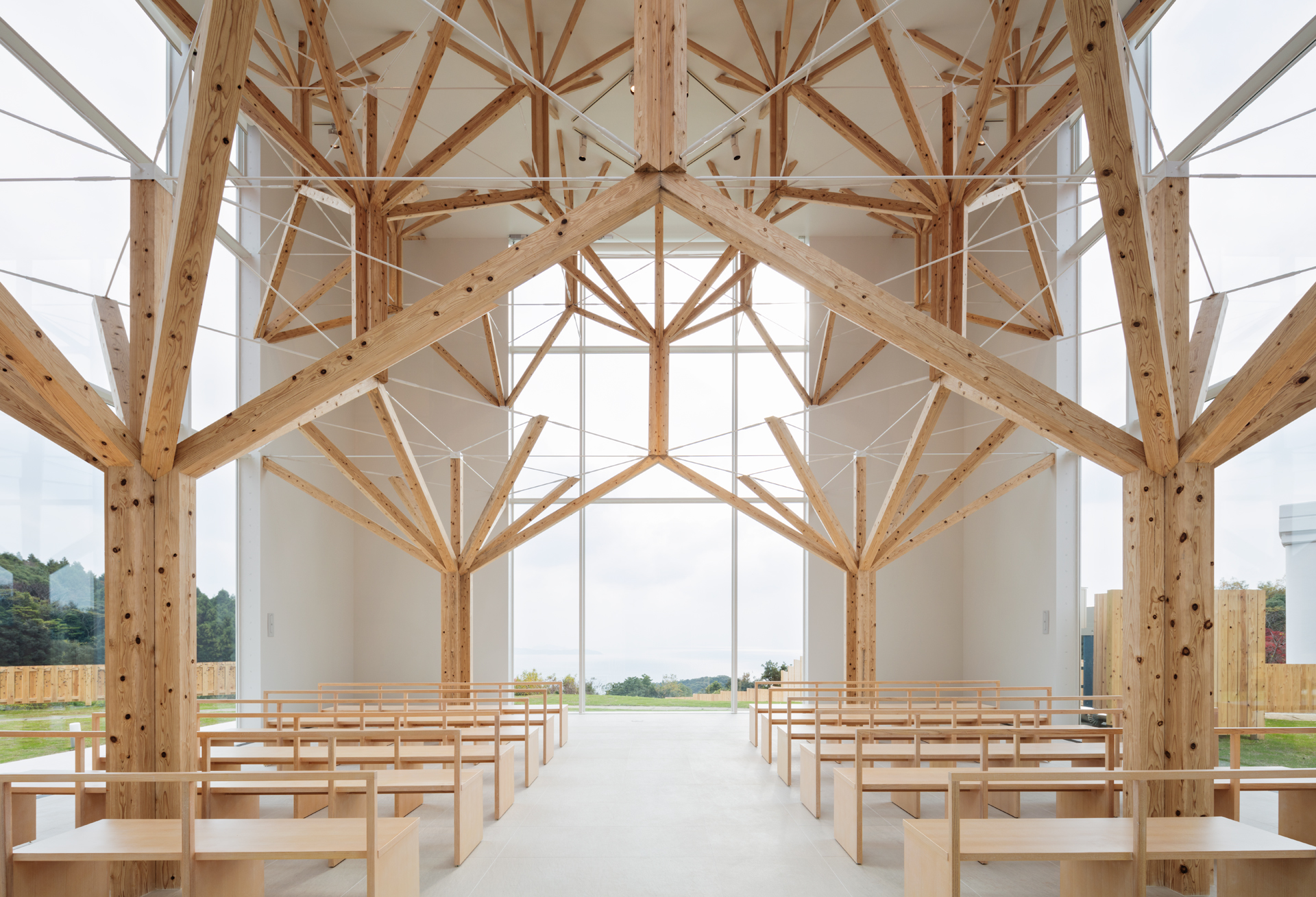 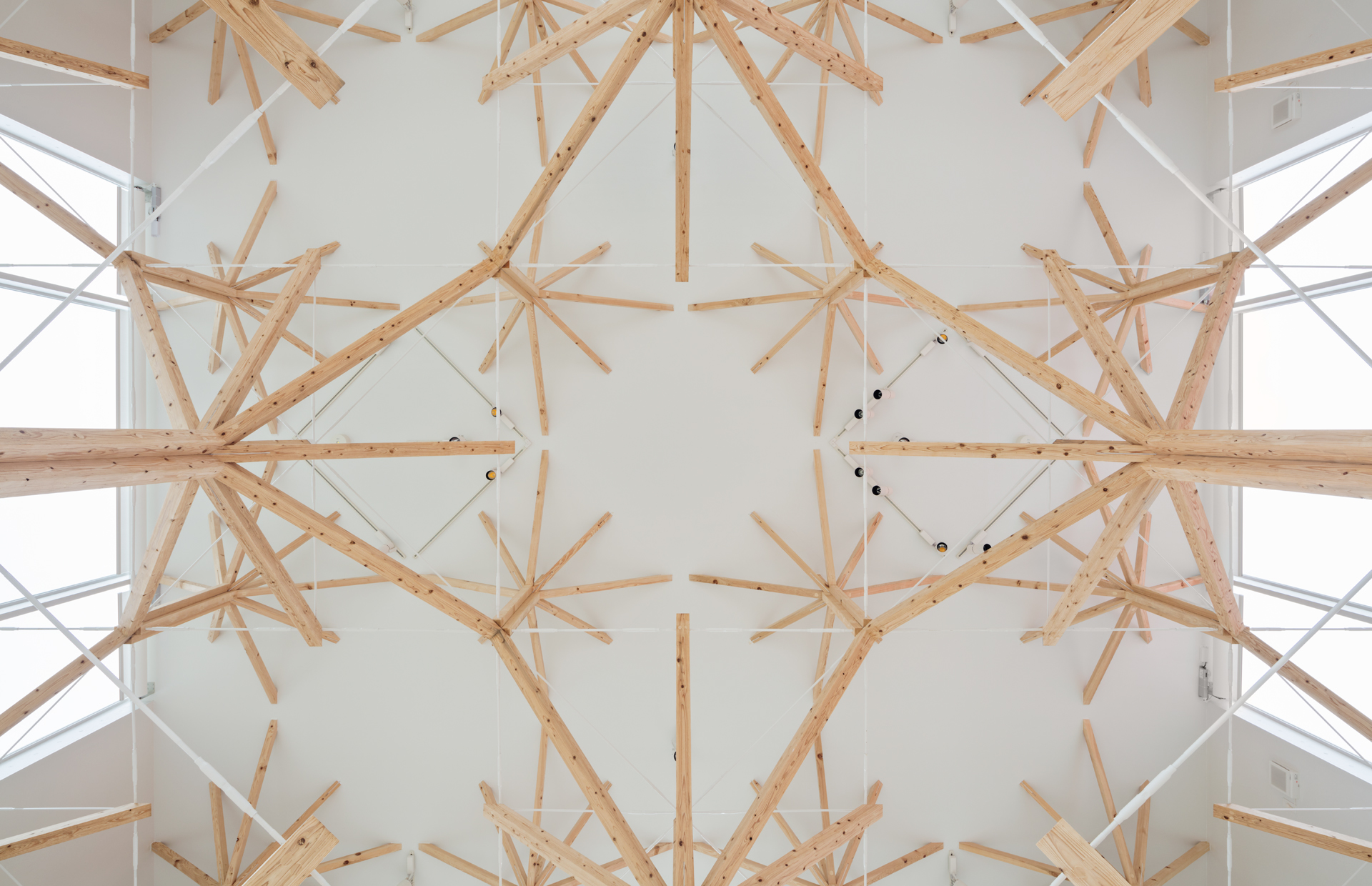 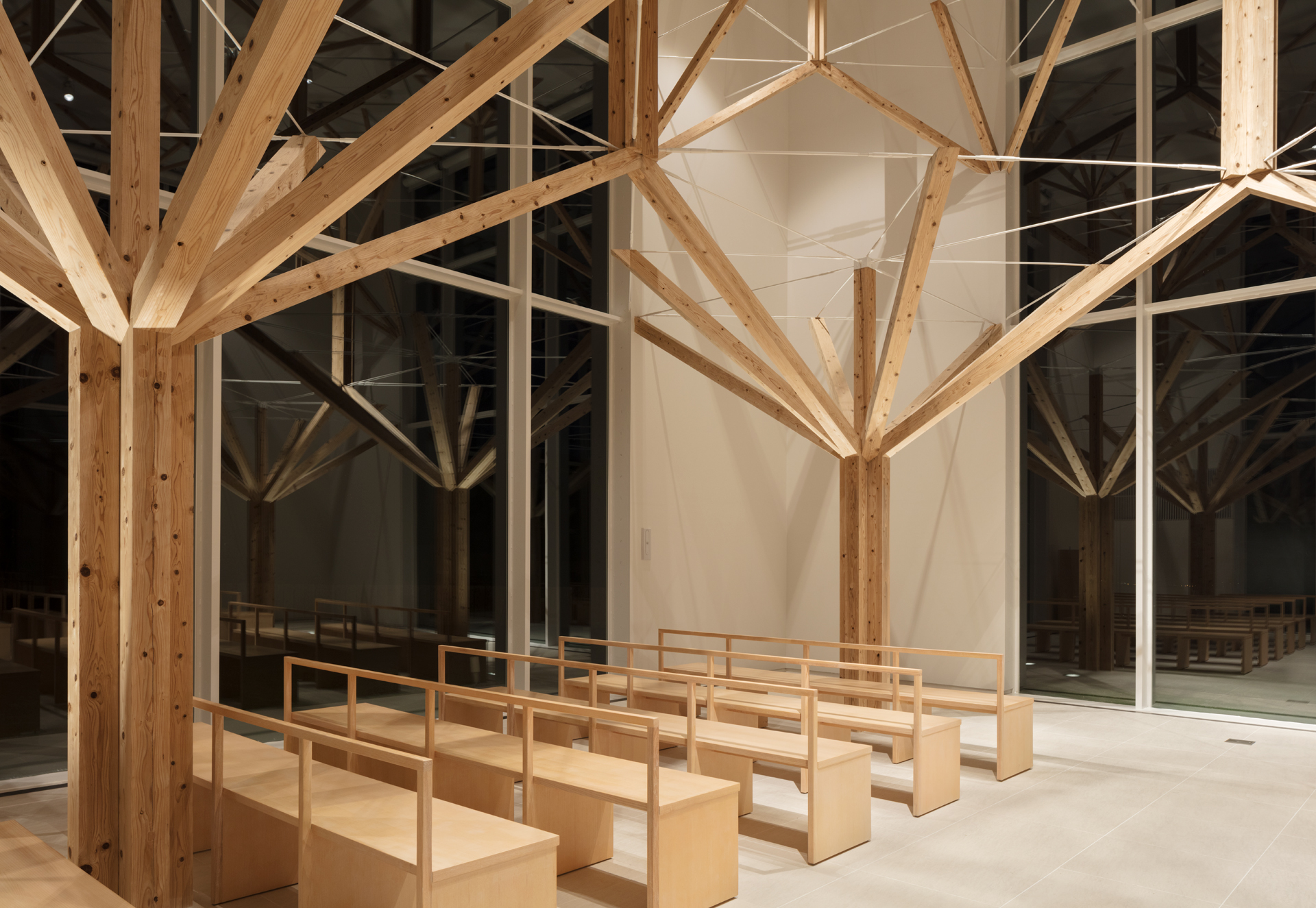 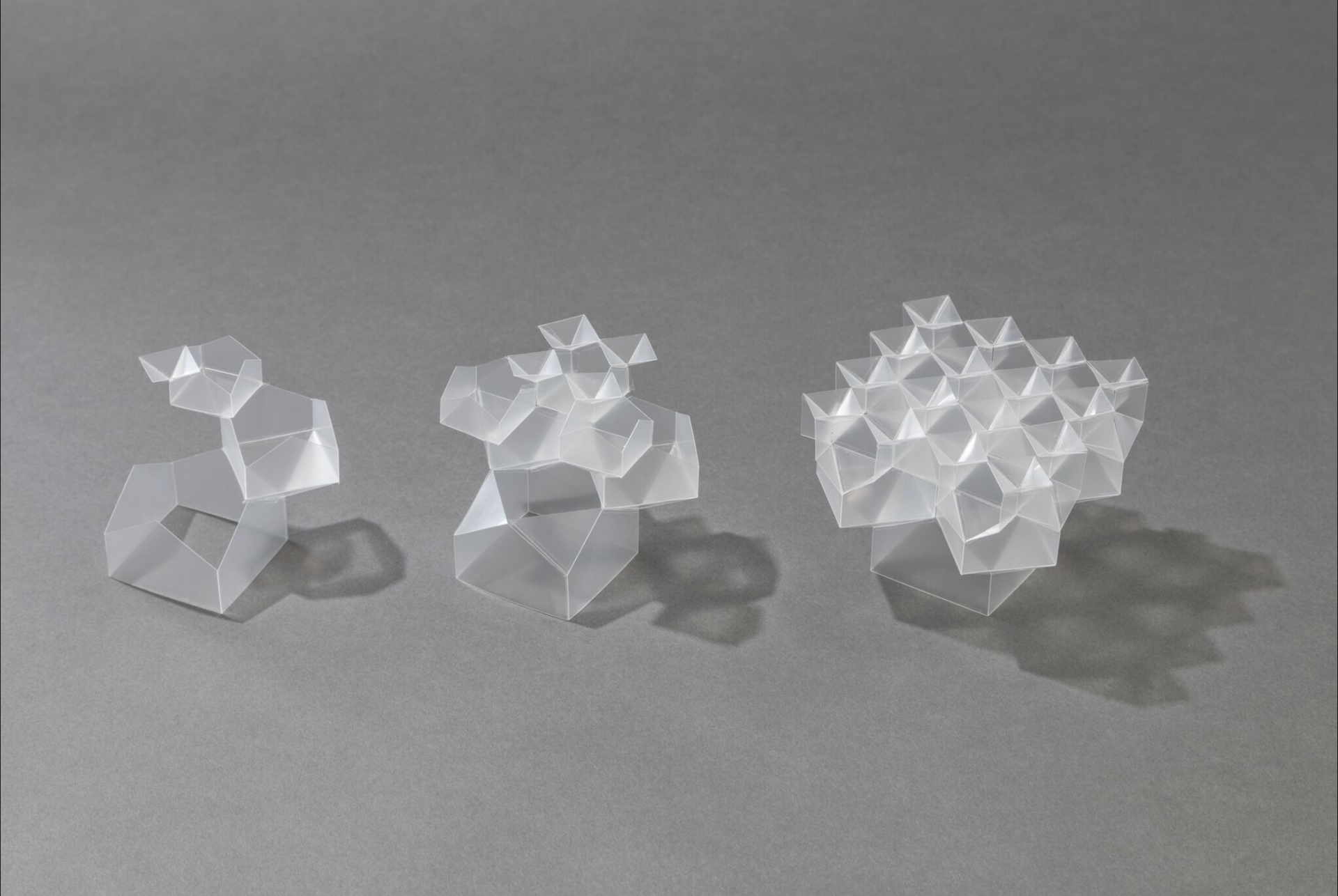 This is a Japanese-wooden chapel with a fractal structure system. The site is surrounded by a large national park overlooking the sea. We tried to connect the activity of the chapel to the natural surroundings seamlessly. In Nagasaki, there is an oldest wooden gothic chapel in Japan known as “Ohura-Tenshudou”. This chapel is not only a famous tourist point, but a place loved and cared by the townsfolk.

These tree-like units are constructed by Japanese wooden system. The four corner bearing walls undertake the horizontal force, and the inner wooden unit supports roof load which count up to 25 tons. This includes characteristics seen in gothic chapels such as 1.Three layered composition, 2.Nave/ Side corridor, 3.45 degrees rotation, which integrates structure, space, and interior.