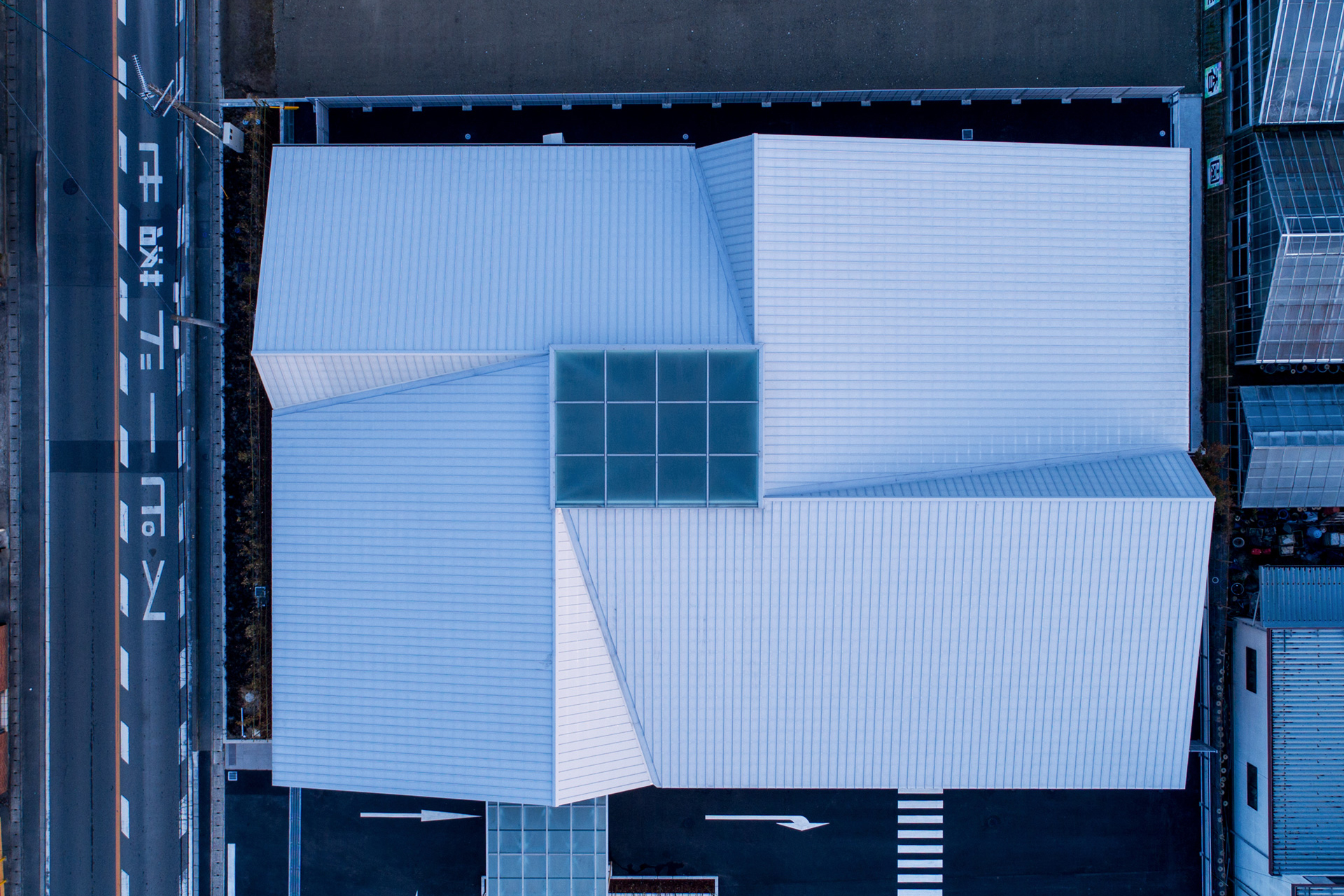 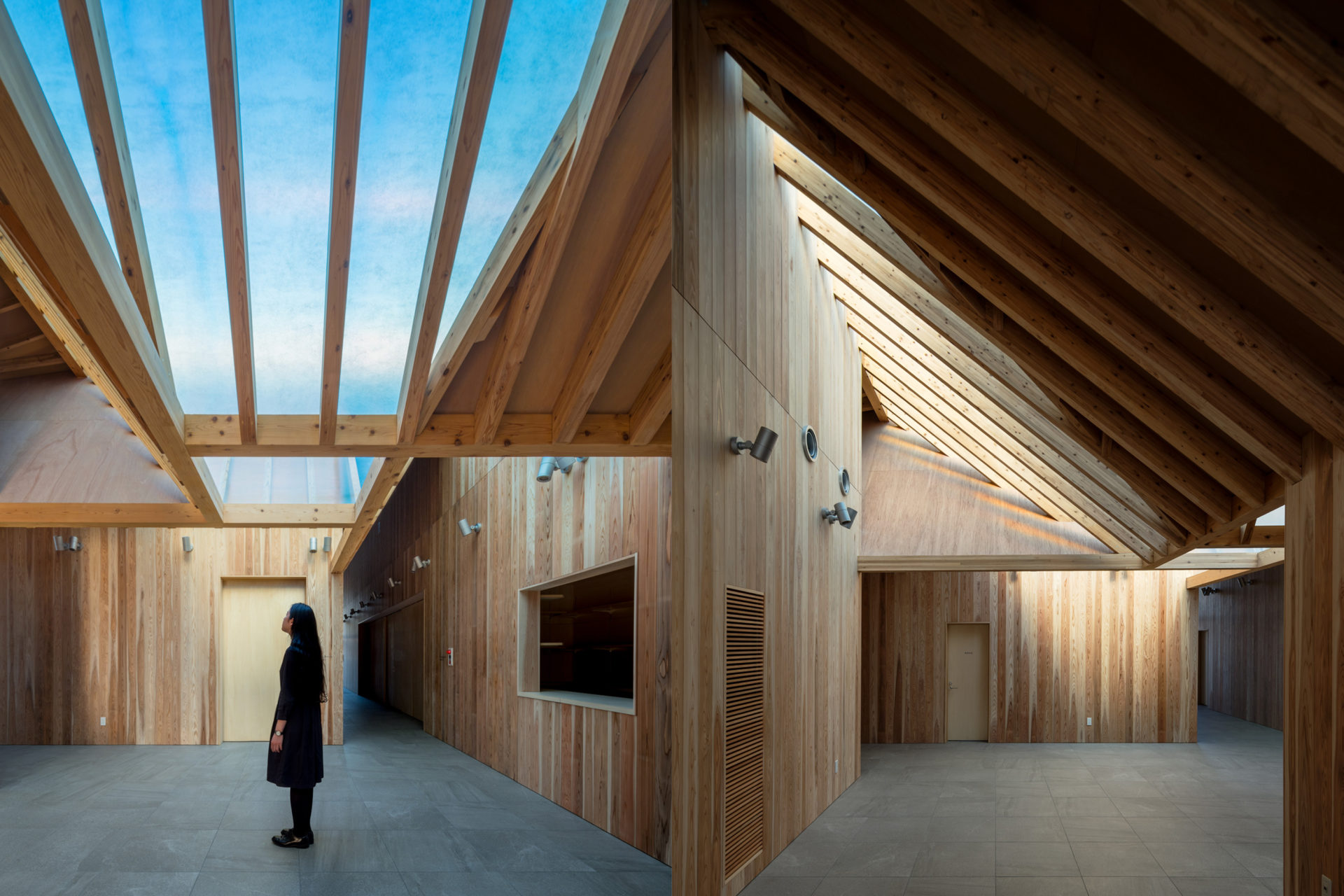 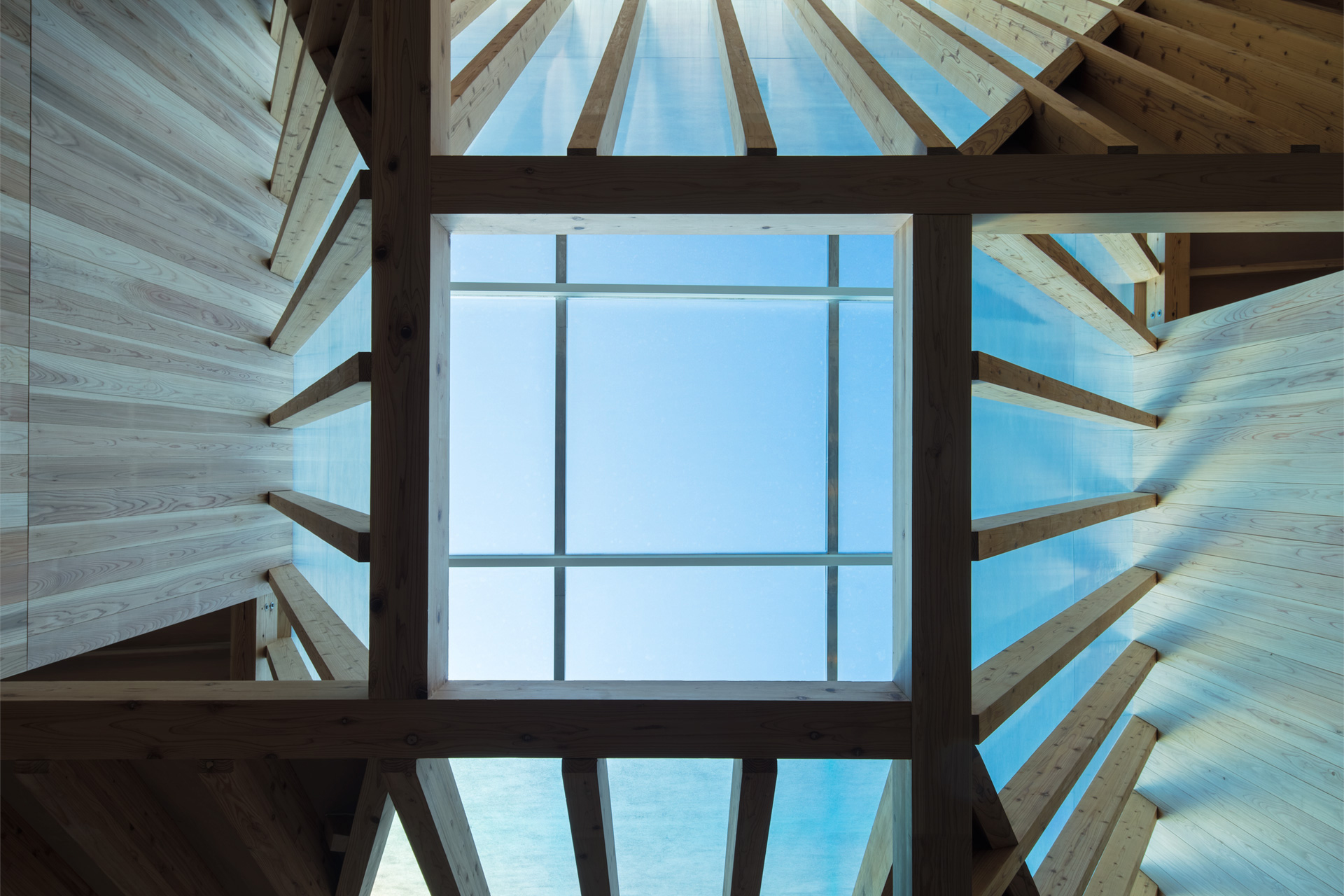 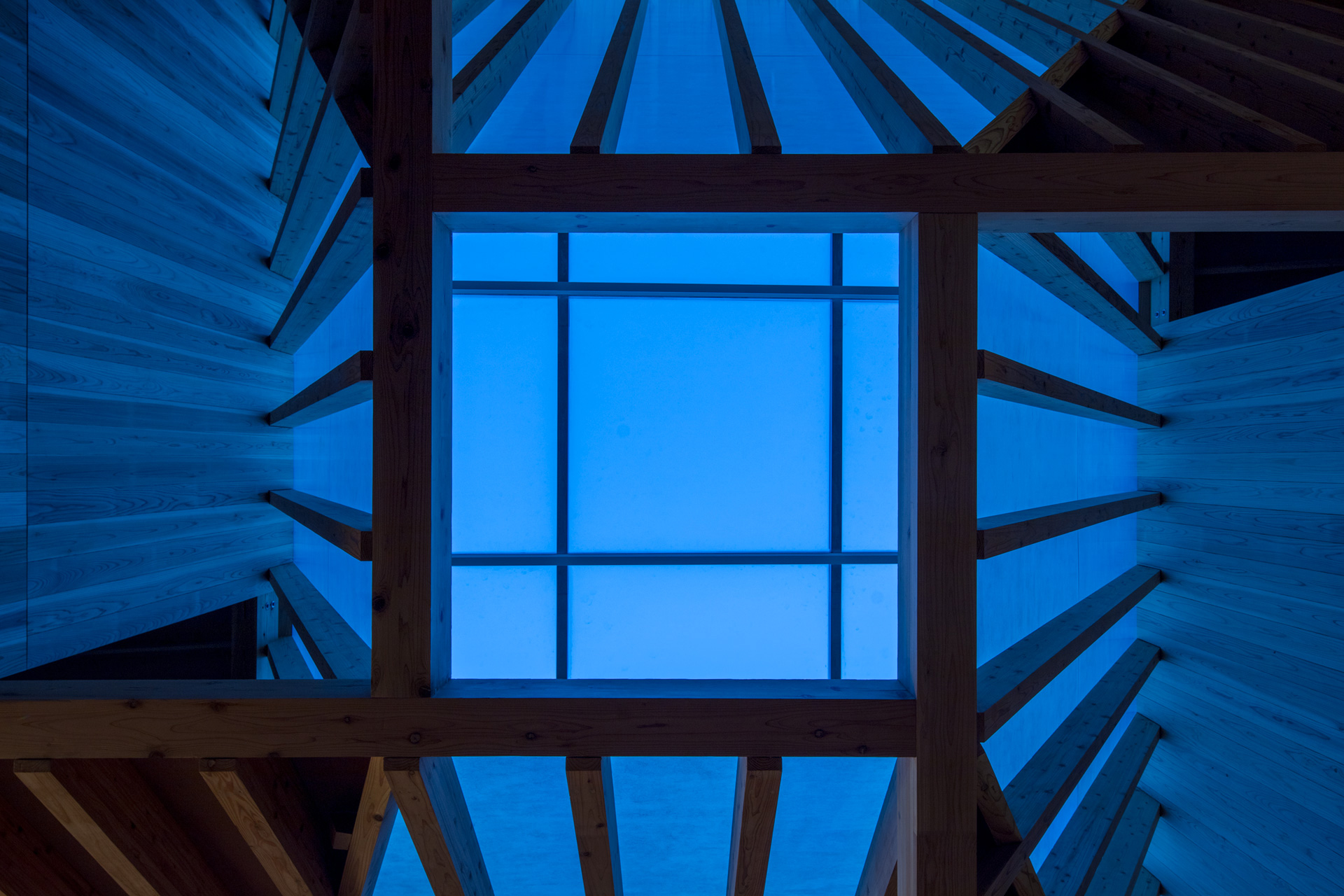 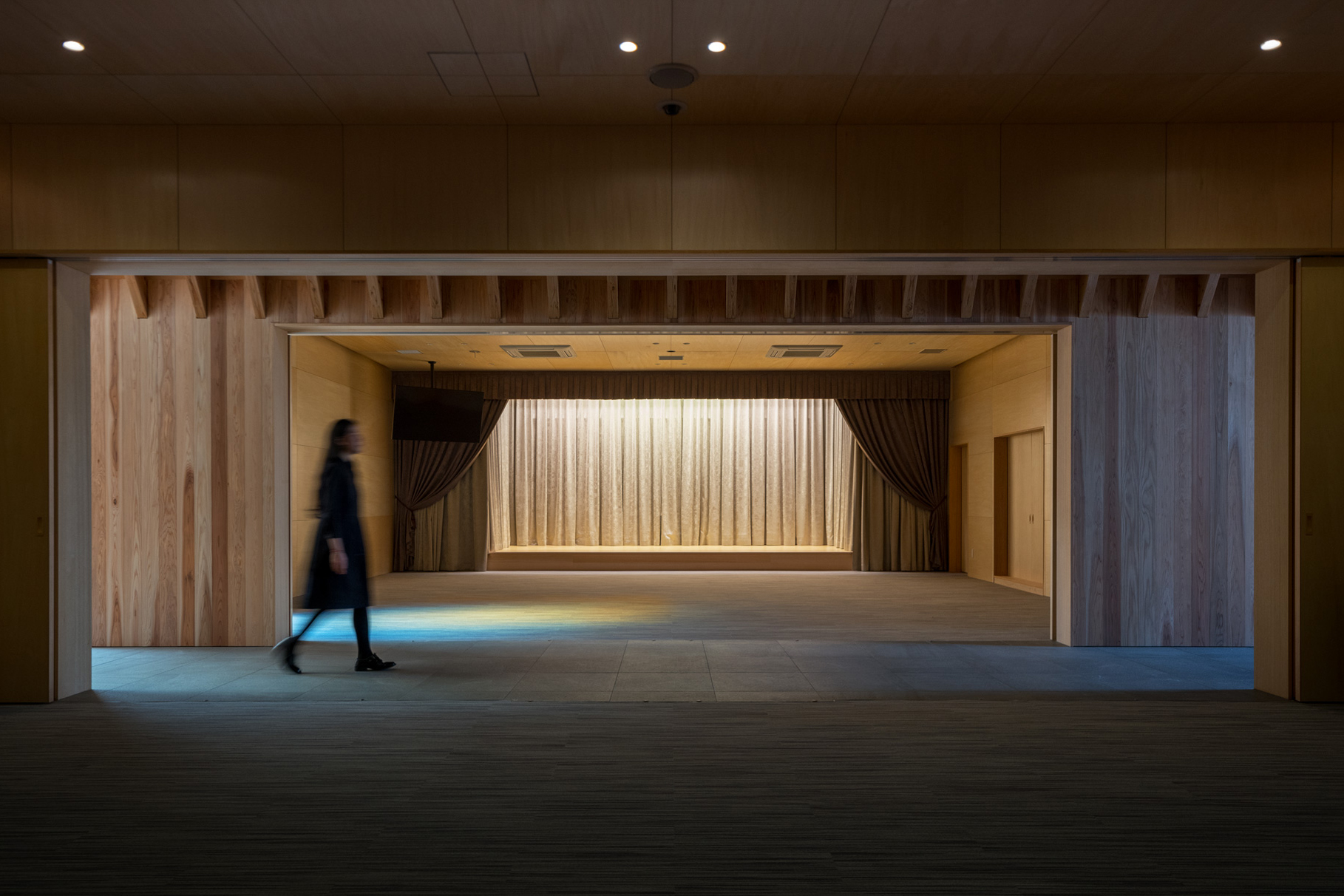 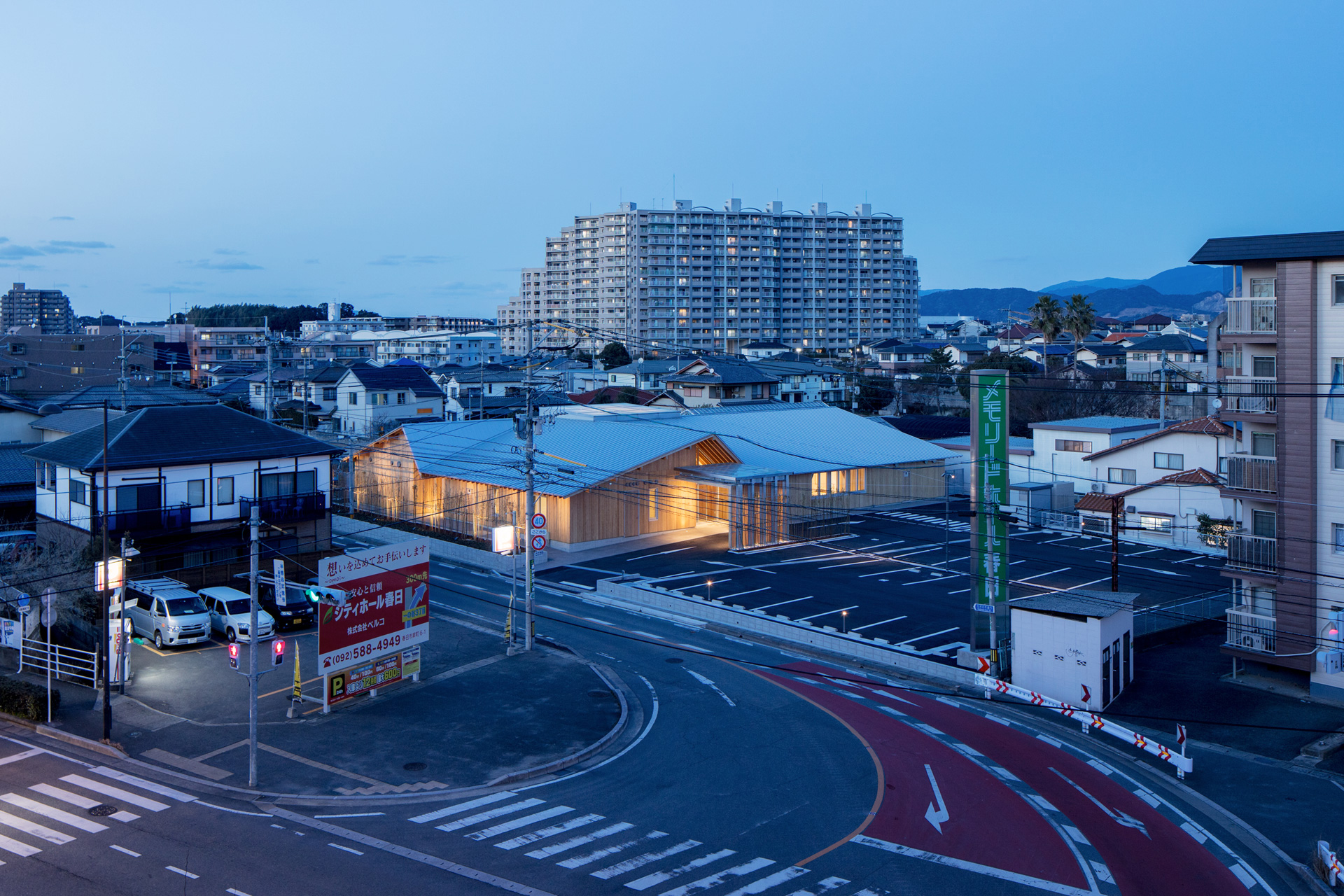 This is a funeral hall for four families in a residential area with four gabled roofs. The aim of this project is to make funeral ceremony familiar to the life of people in urban environment.

Untill the 1980’s, funeral ceremony was performed inside the house in Japan. In the progress of the congestion, ceremony space moved to urban space from their houses.

The site of this building is Kasuga city Fukuoka, which is a residential area with farms, rice fields and big old houses of landowners. Our client wanted to make a community-rooted cer-emony space that can be used by several families.

We made four gabled roofs assembled in one, which makes four halls and alleys of varioussizes at the same time, being in accord with its surroundings. When four gabled roofs arefolding together in swastika patterns, they make the basin like shaped void in the center of the foyer.

Each family gather for the ceremony in each halls. The alley between the halls and the foyeris a common space for each families. One person can pray alone under the opening of thebasin like shaped void which reflects diversified scenery of the sky .