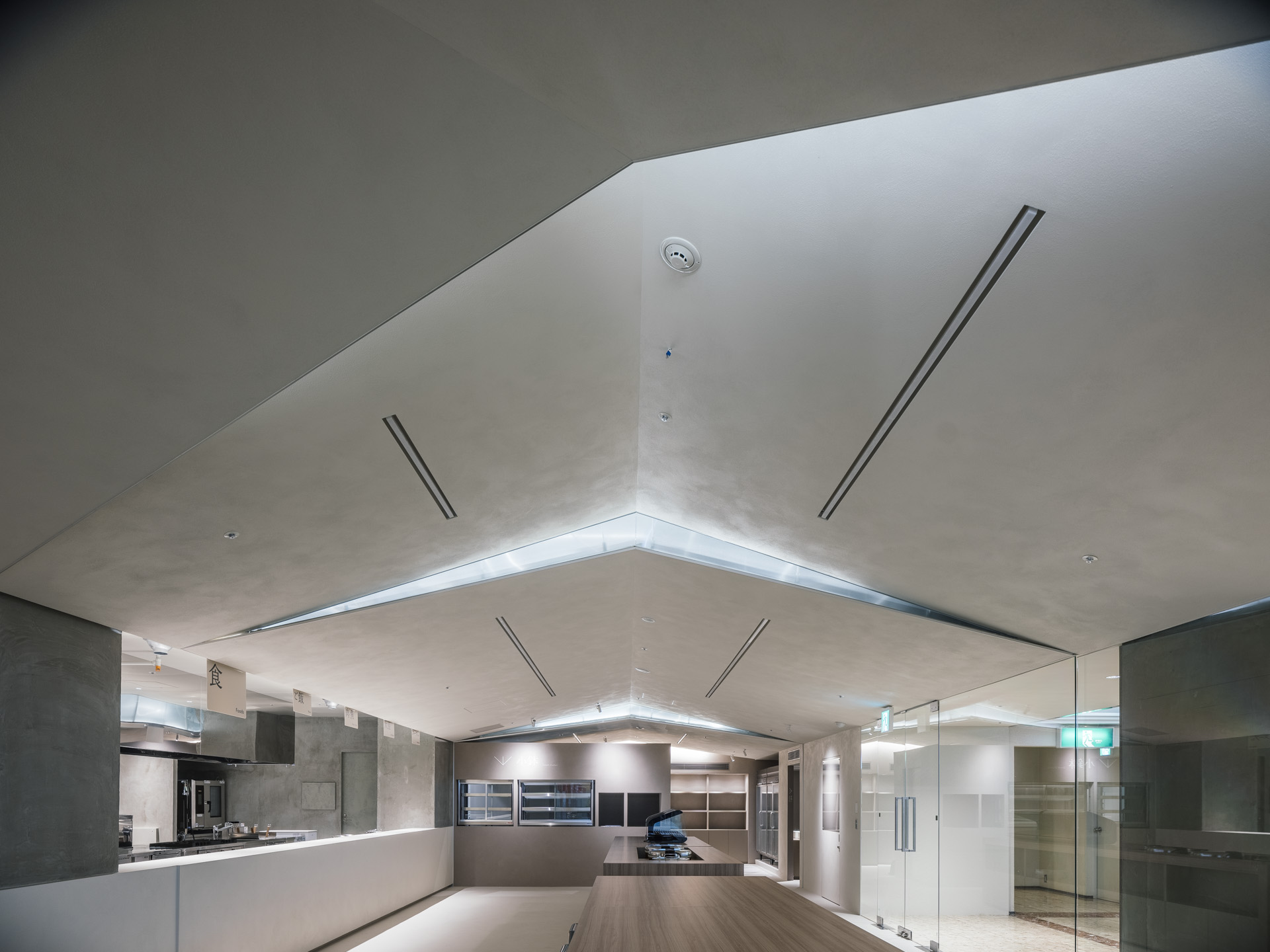 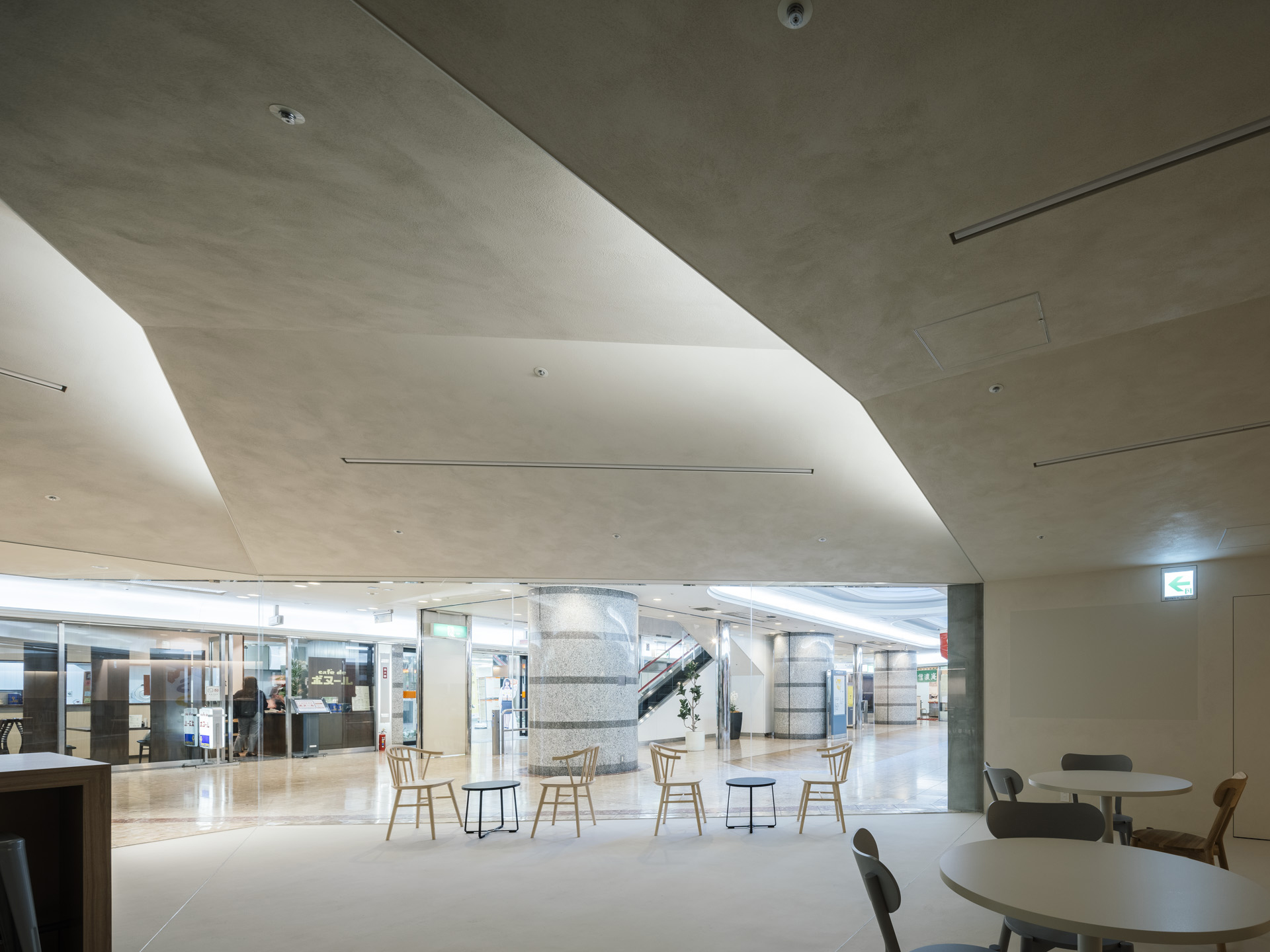 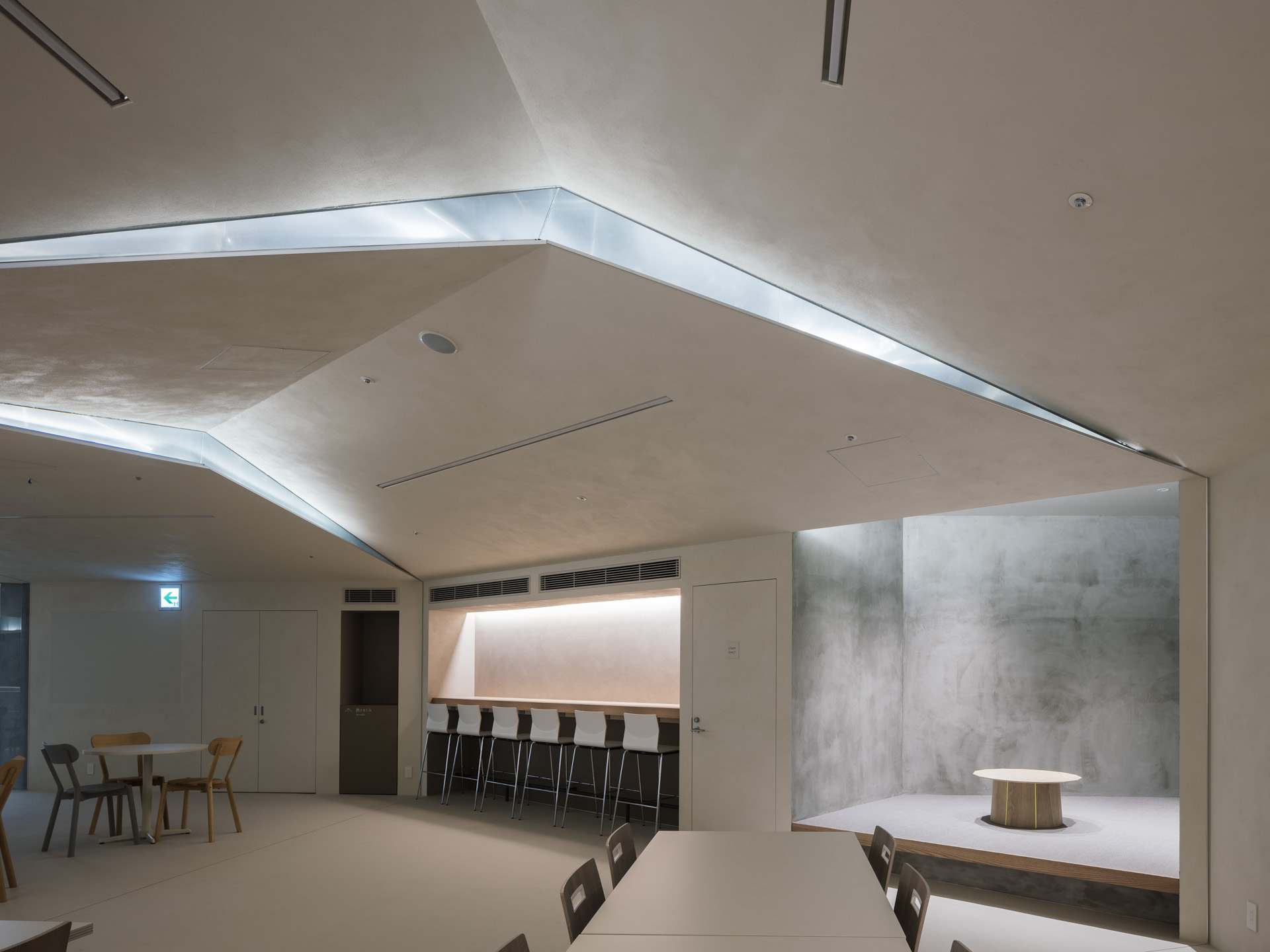 This project is an employee cafeteria planned for “Papillon 24”, a building directly connected to the subway located in Chiyo, Hakata-ku, Fukuoka. The request was to renovate the two tenants located in the cafeteria on the first basement floor of a building owned by Saibu Gas Group. Although it is a’healthy dining room’for employees, it was requested to be used as a coworking space open to local people depending on the time of day.

Inspired by the image of natural light shining down from the roof, I wanted to transform a closed environment without windows, which is peculiar to the basement, into a bright and open environment. I placed the kitchen that handles “Fire (Hi)”, which symbolizes Saibu Gas, in the center like a courtyard, and made a plan with a roof for “people (Hito)” to gather.

I segmented the U-shaped connected roof according to the usage of serving, merchandise area, cafe, lounge, long table, etc., and changed the height. I changed the height of the ridge while ensuring the ceiling height as much as possible according to the existing ducts and equipment filled in the ceiling, and took in the light from the gap (high windows) between the roofs.

I tried to respond to the fascinating attempt by a private company to create an open space in the community by designing “light in the underground space.”