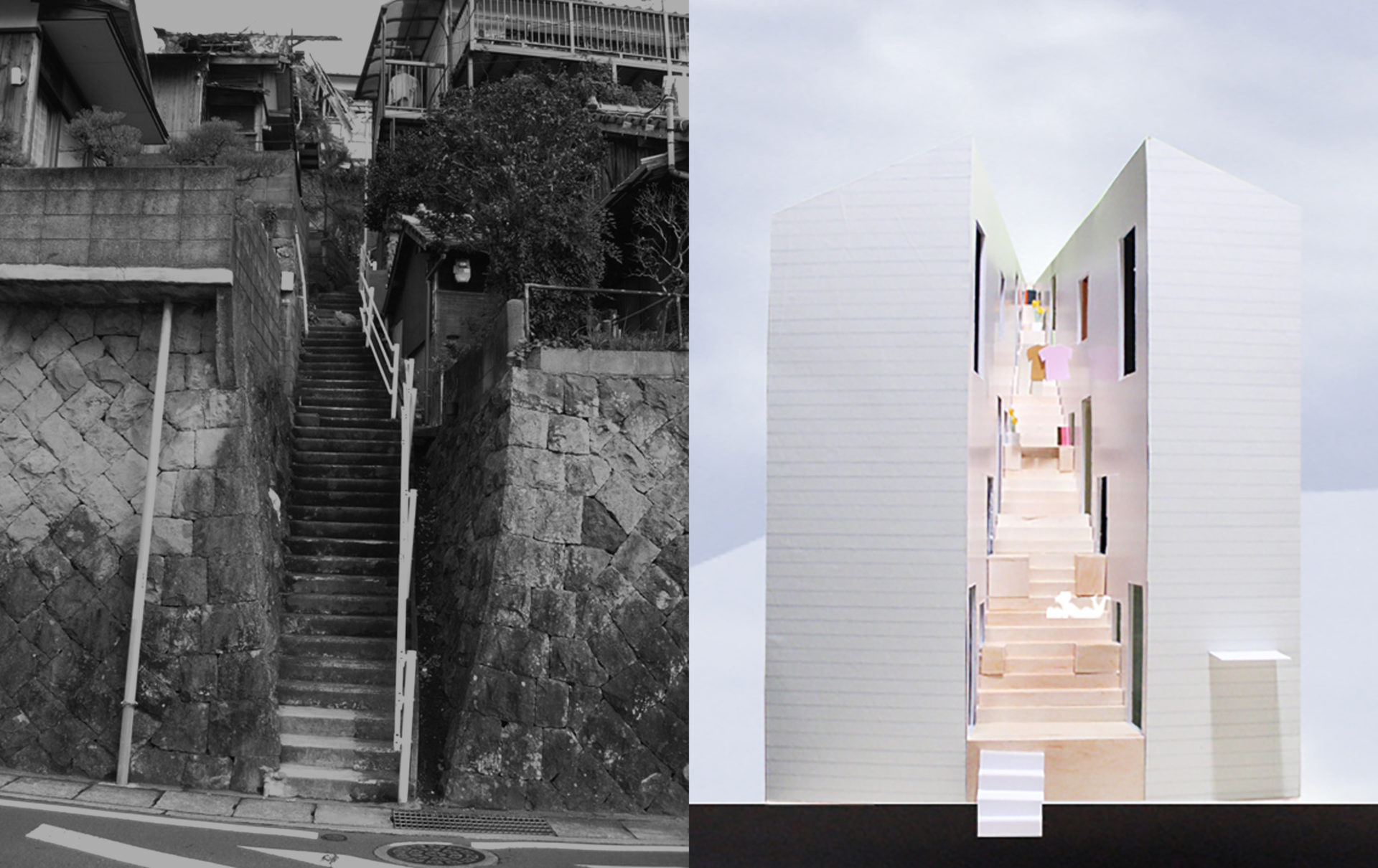 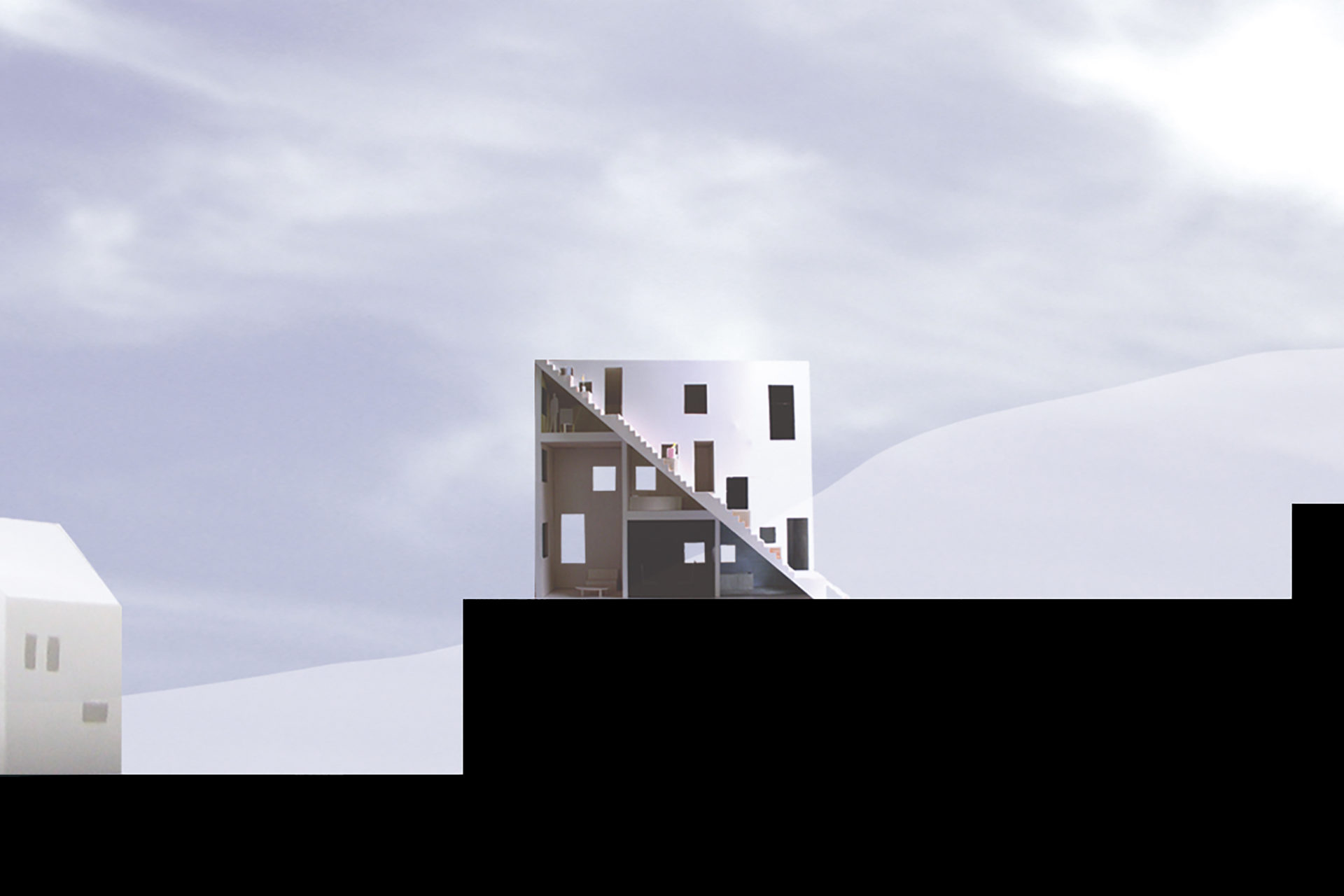 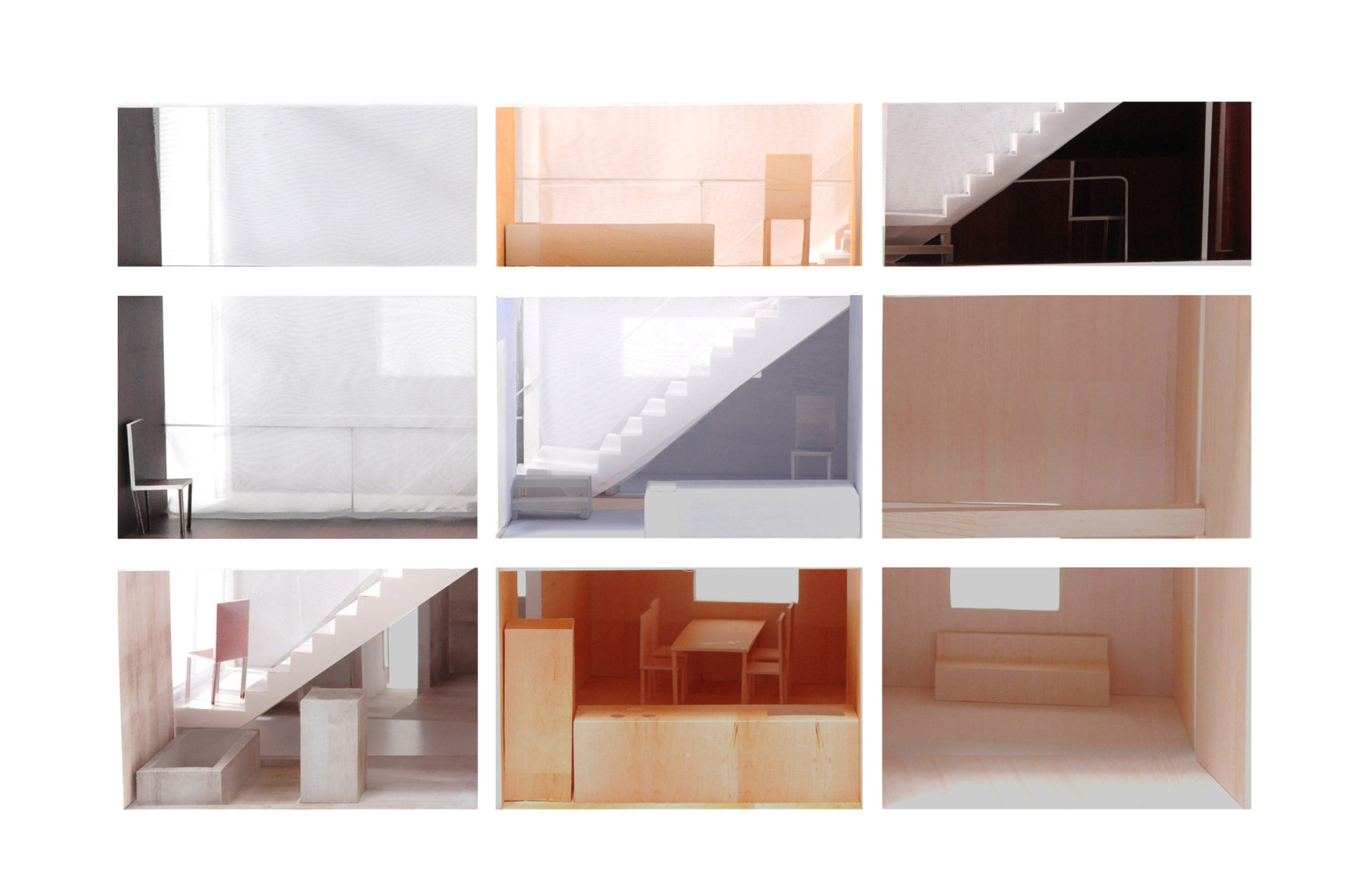 A house planned in Nagasaki. I proposed a form of living that uses the urban structure itself as the principle of architectural generation, assimilating it with the “city of slopes”.

I divided a simple gable mass into two parts on the left and right and passed through the stairs. By exposing the stairs inside the house as a semi-outdoor space, the urban space is inserted inside the building. This space, which functions as the entrance to the atrium and the approach on each floor, divides the entire house “diagonally”. The shared space on the first floor that is created in this way and the rooms that gradually increase independence toward the upper floors are suitable for a two-family house.

The stairs located on the diagonal of the nine-story wooden three-story frame also function as diagonal members to reinforce the overall structure.

My experience in Nagasaki, where I was born and raised, was that I didn’t know where the slope was and where the house was. I tried to blur the boundary between architecture and the city by extending such a landscape into the interior of a house, which gradually became more and more intricate as I climbed up.