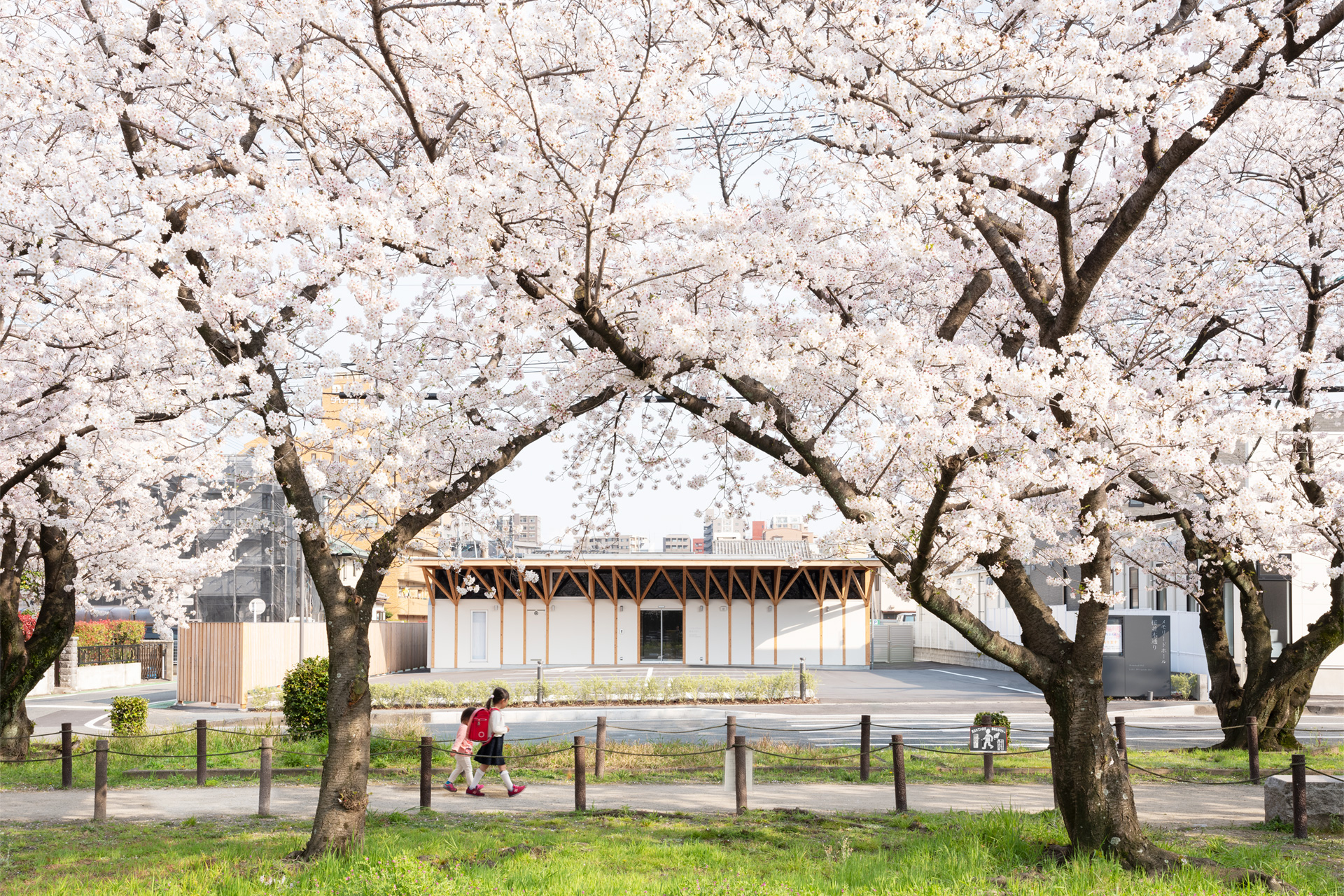 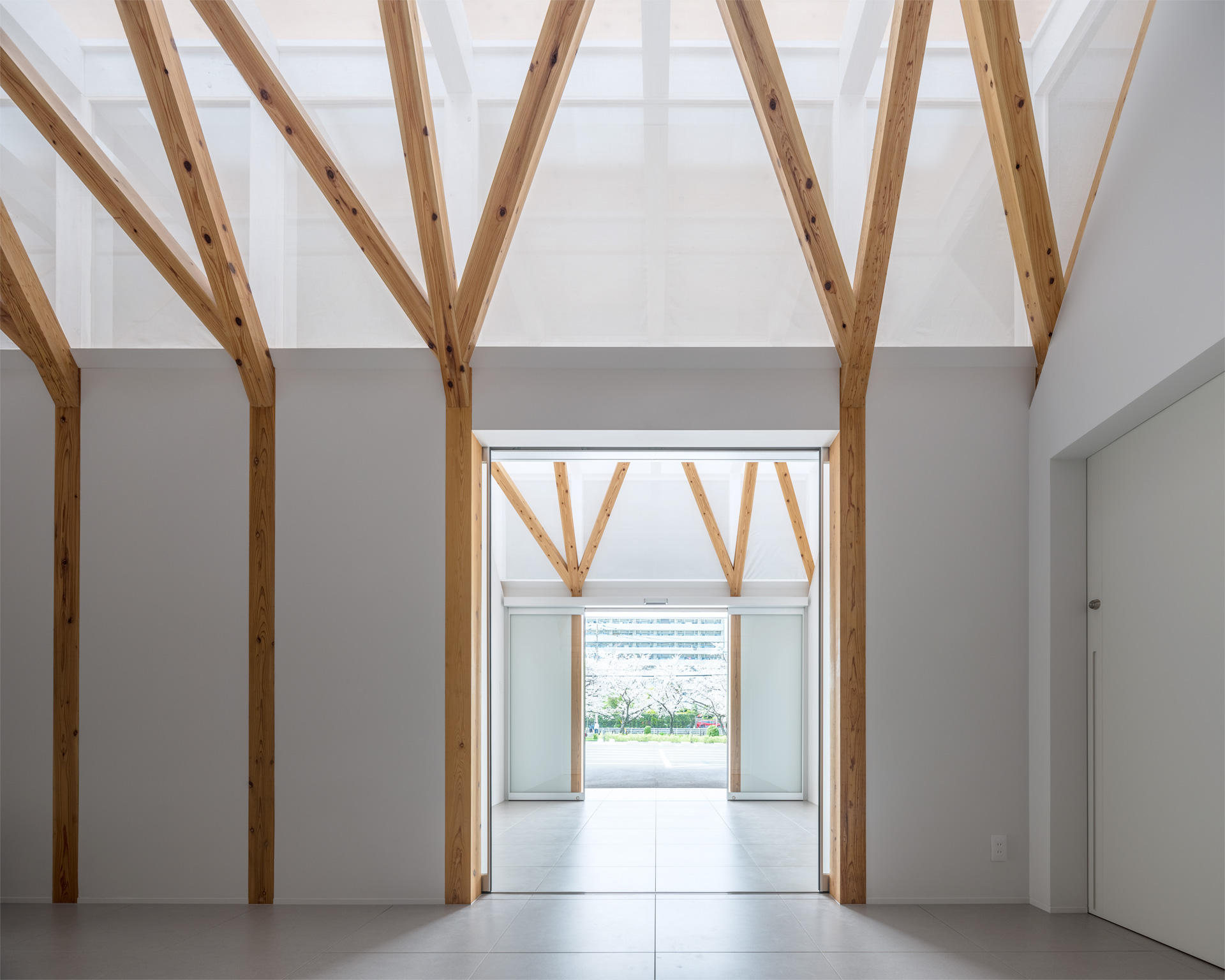 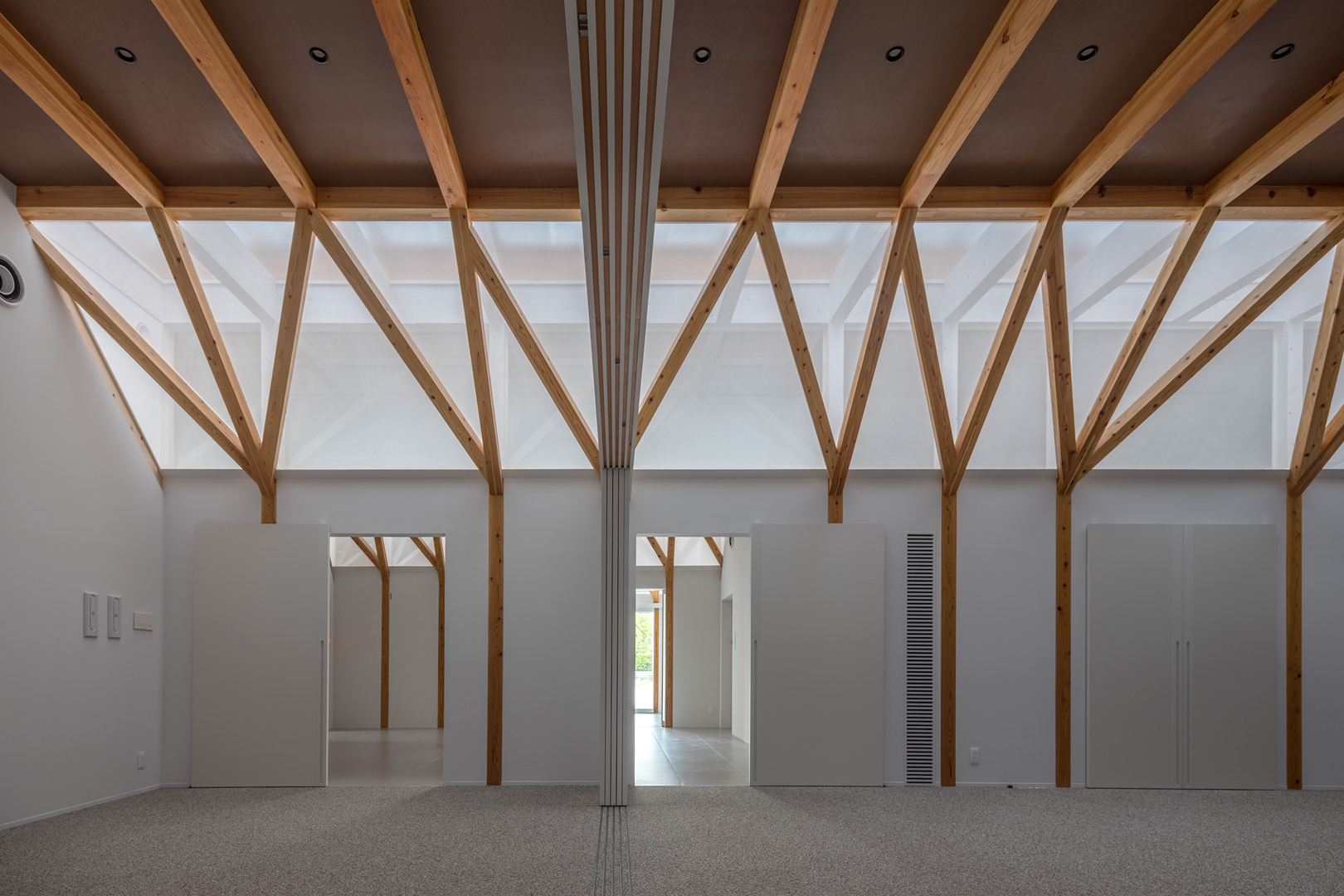 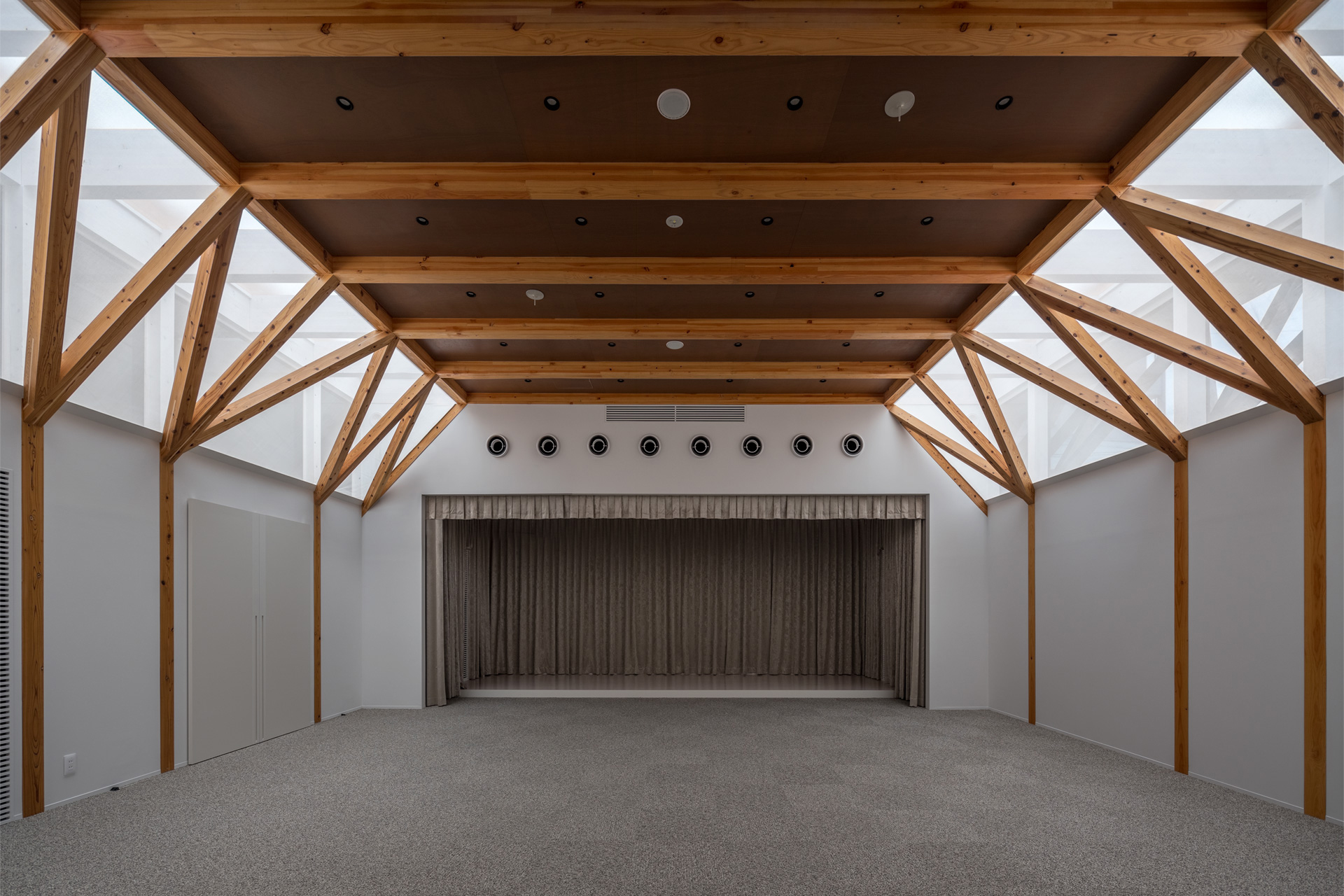 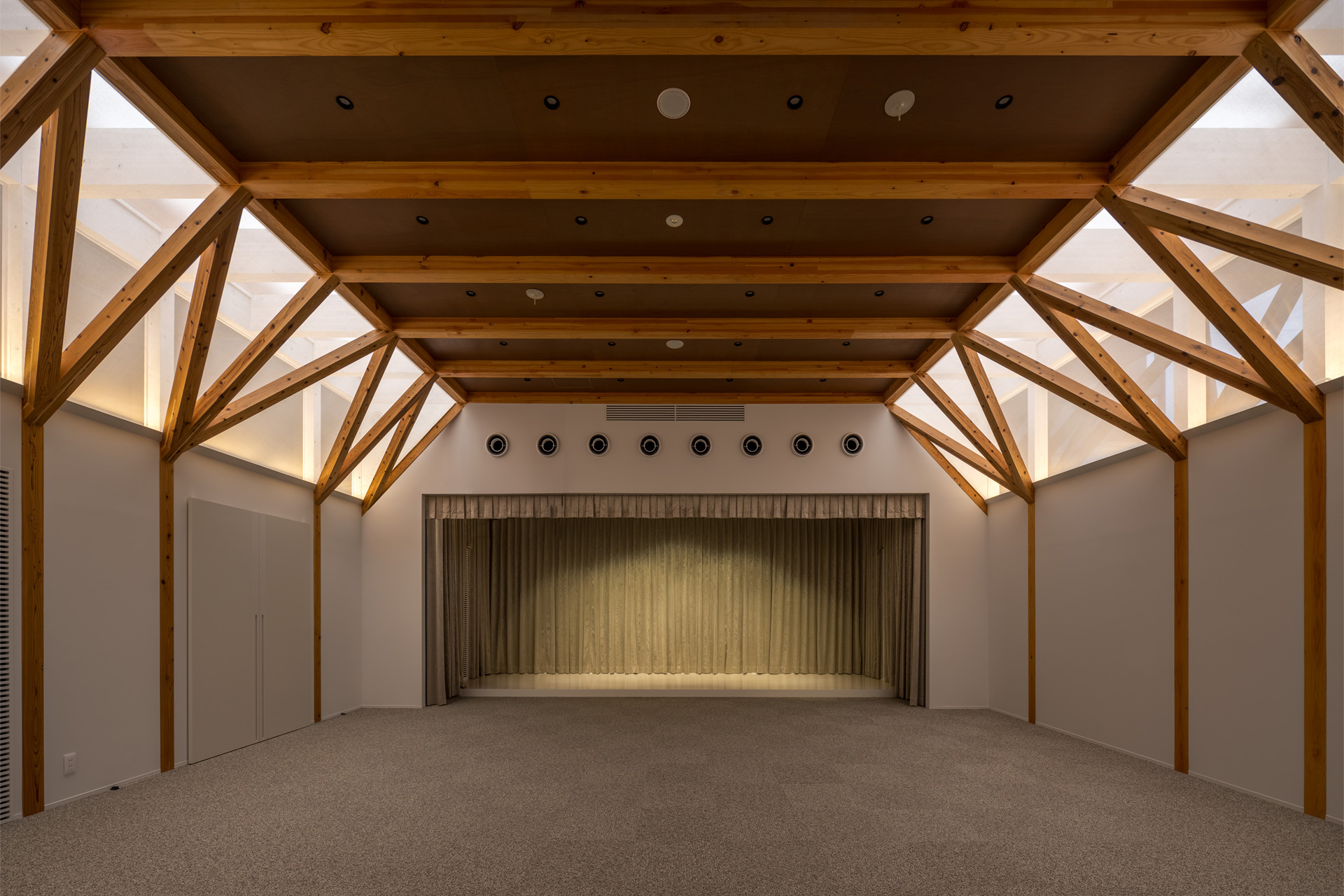 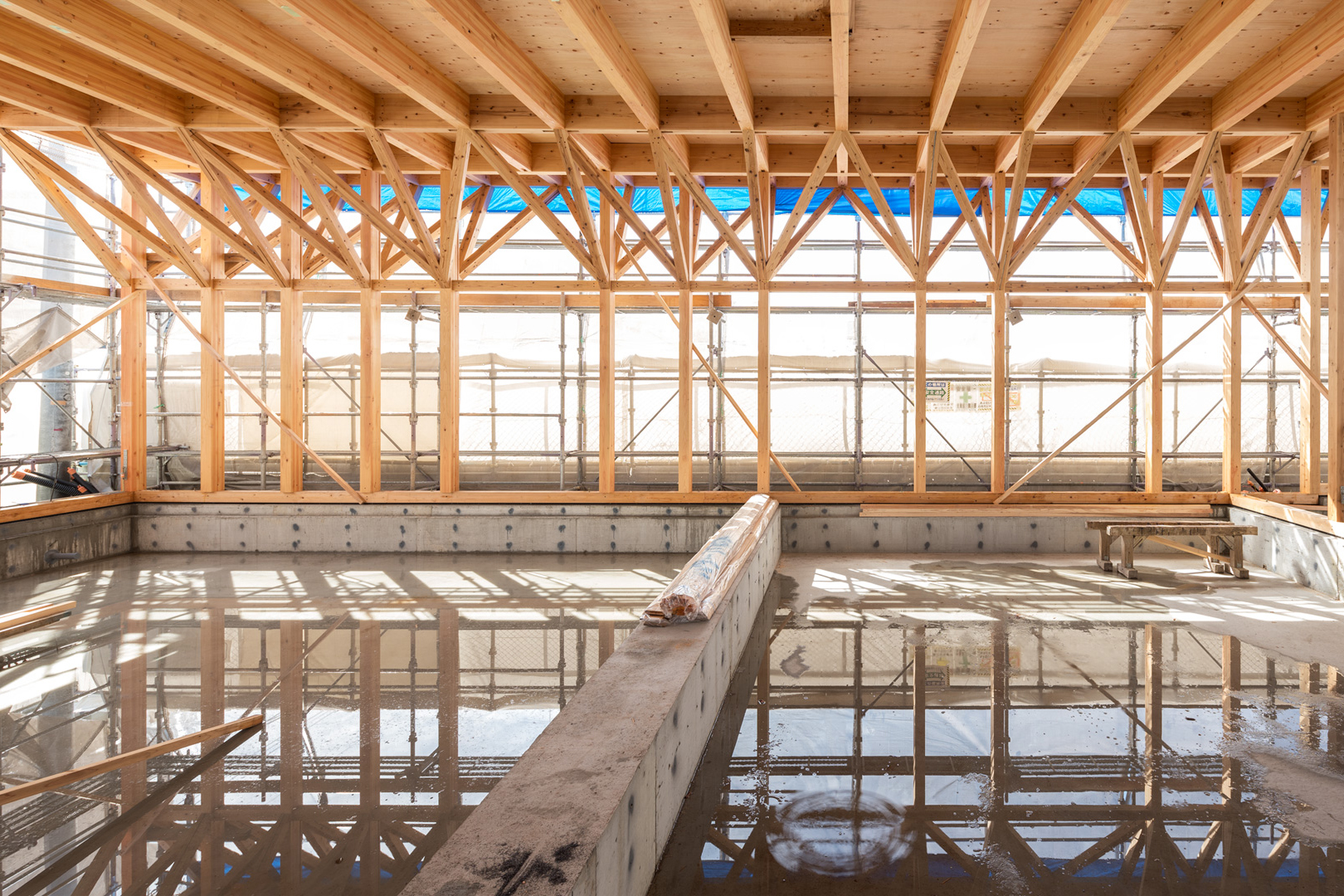 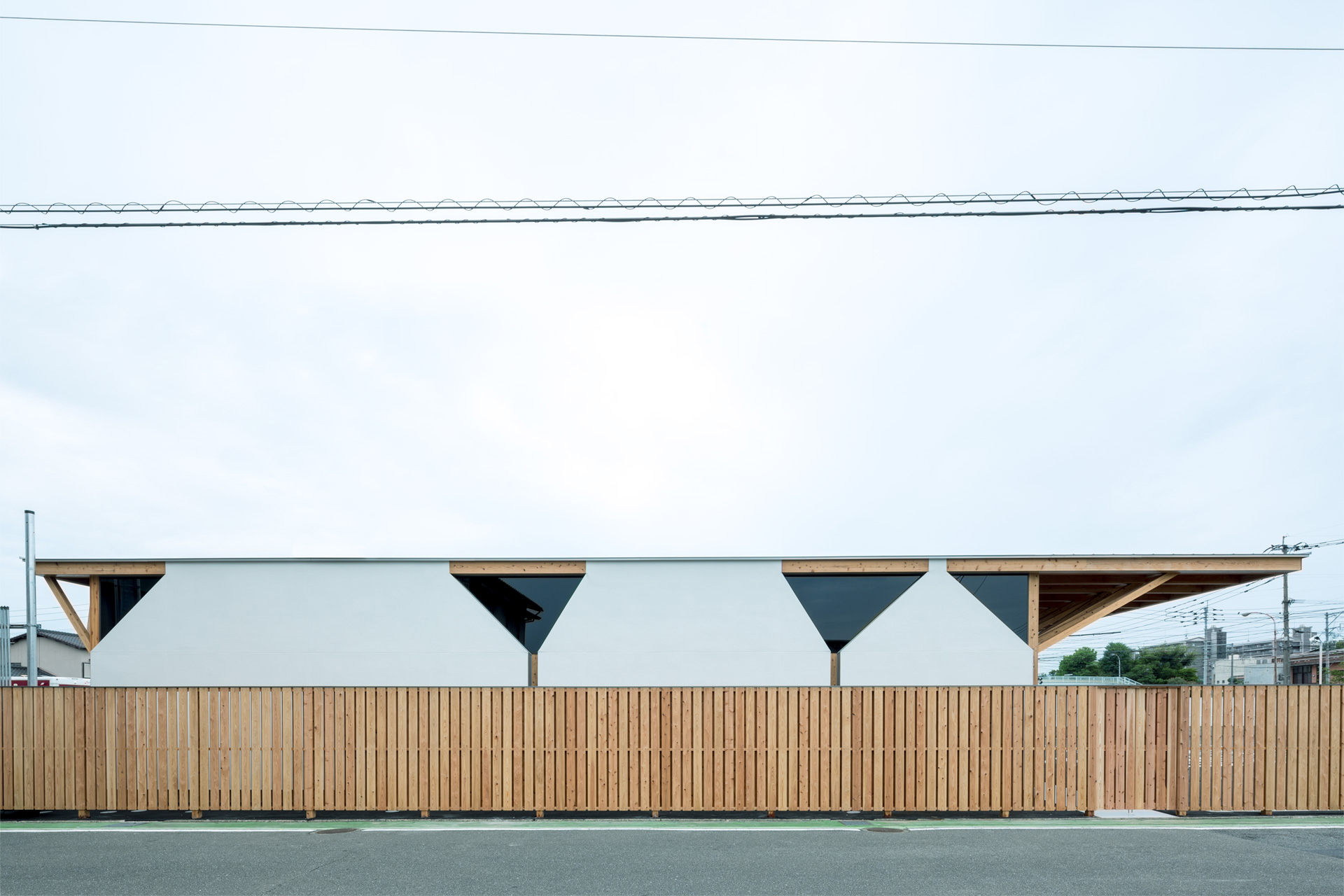 Japanese people are crazy about HANAMI, a Japanese custom to watch cherry blossoms on their full bloom. Literally half of the nation get drunk under the cherry blossom on high season.

In contrast, cherry blossom is often linked to fragility of human life and death, for the flower falls so quick after blooming, changing the appearance time to time.

Nearby the site, there is also a famous cherry blossom passage.

Here, we planned a funeral hall that resembles this cherry tree passage.

The building type of a funeral hall in Japan is dark with walls and less openings in general. Ours client wanted a bright ceremony space where people can pray for the deceased and free to drop in.

We designed four passages parallel to the SAKURA PASSAGE in this ceremony hall by the tree-like unit structure system.

The four passage is a symbol of changing, moving from here (konoyo) to the other world (anoyo).

These pillars and braces support the beams of the tunnel and connects to the roof.

The sunlight can be seen through the branches of tree-like unit structure, casting the dancing leaves and the constantly changing lights and shadows.