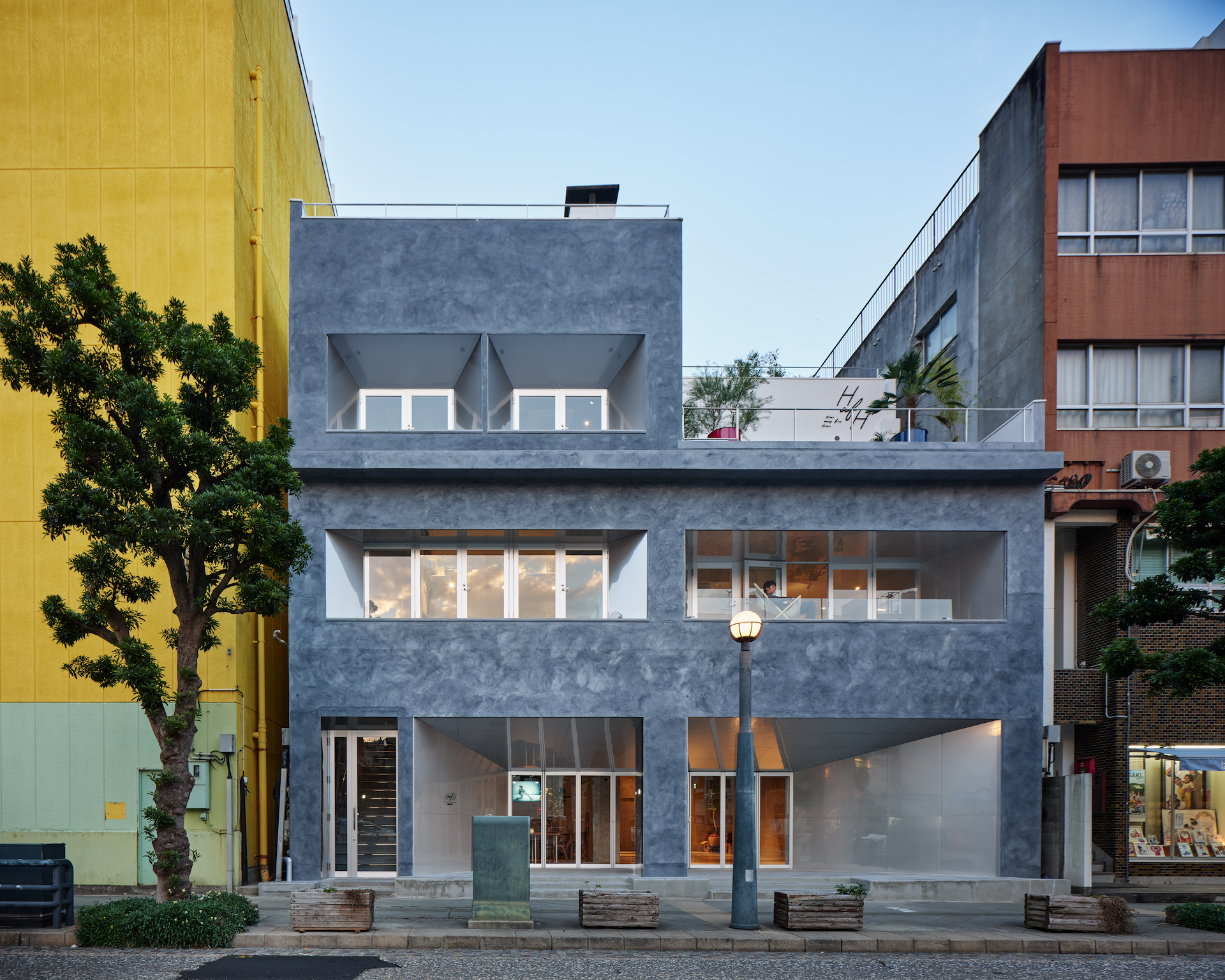 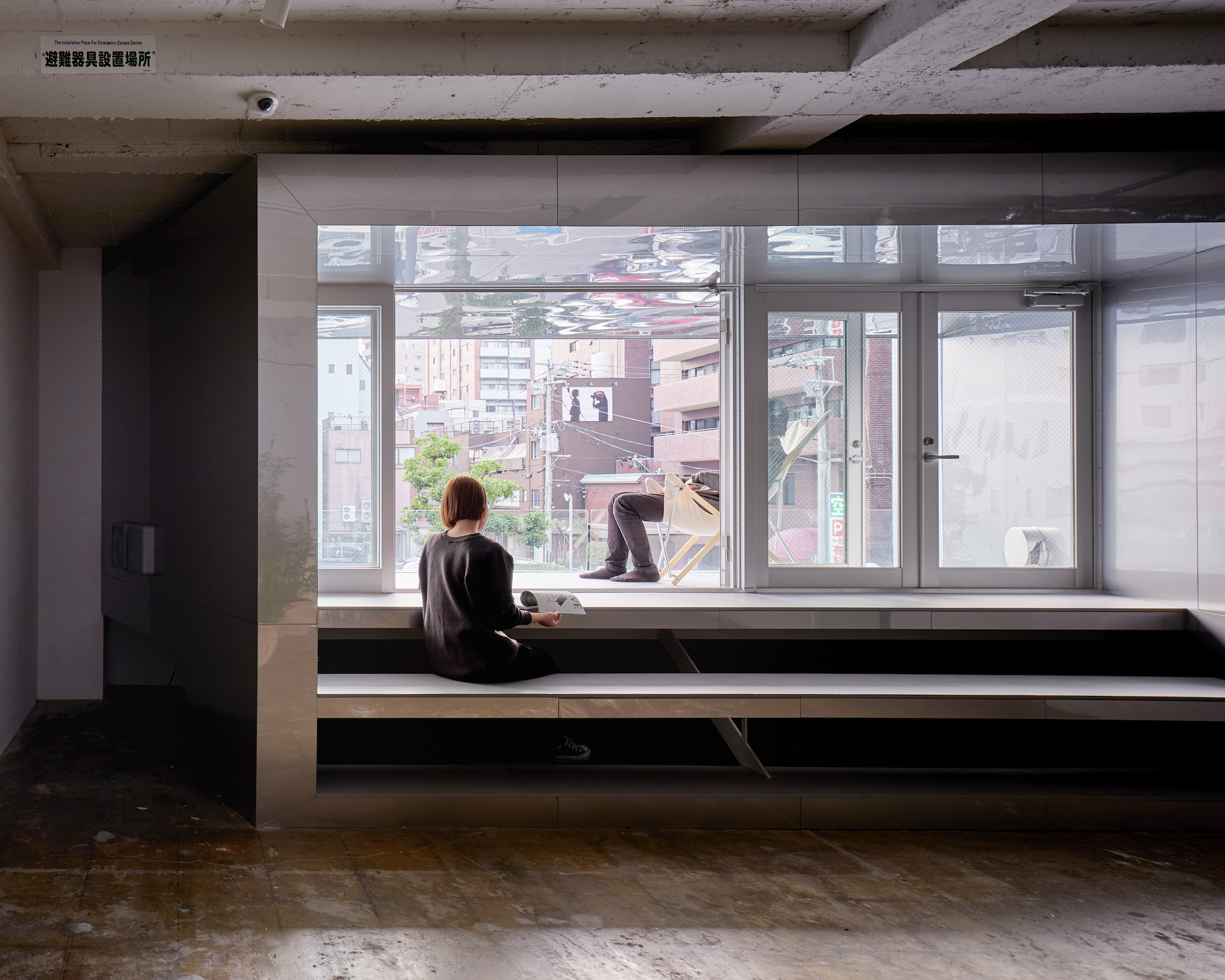 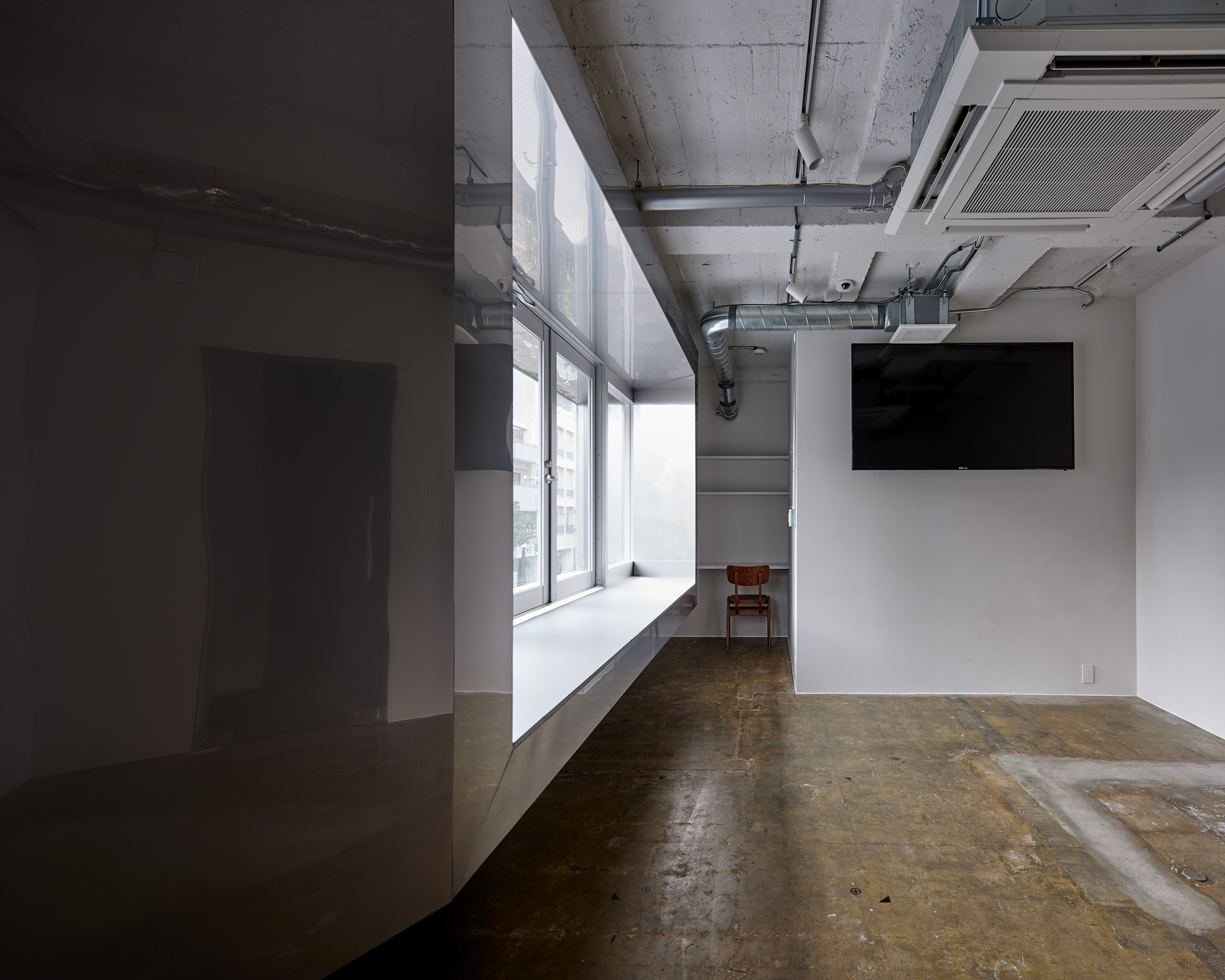 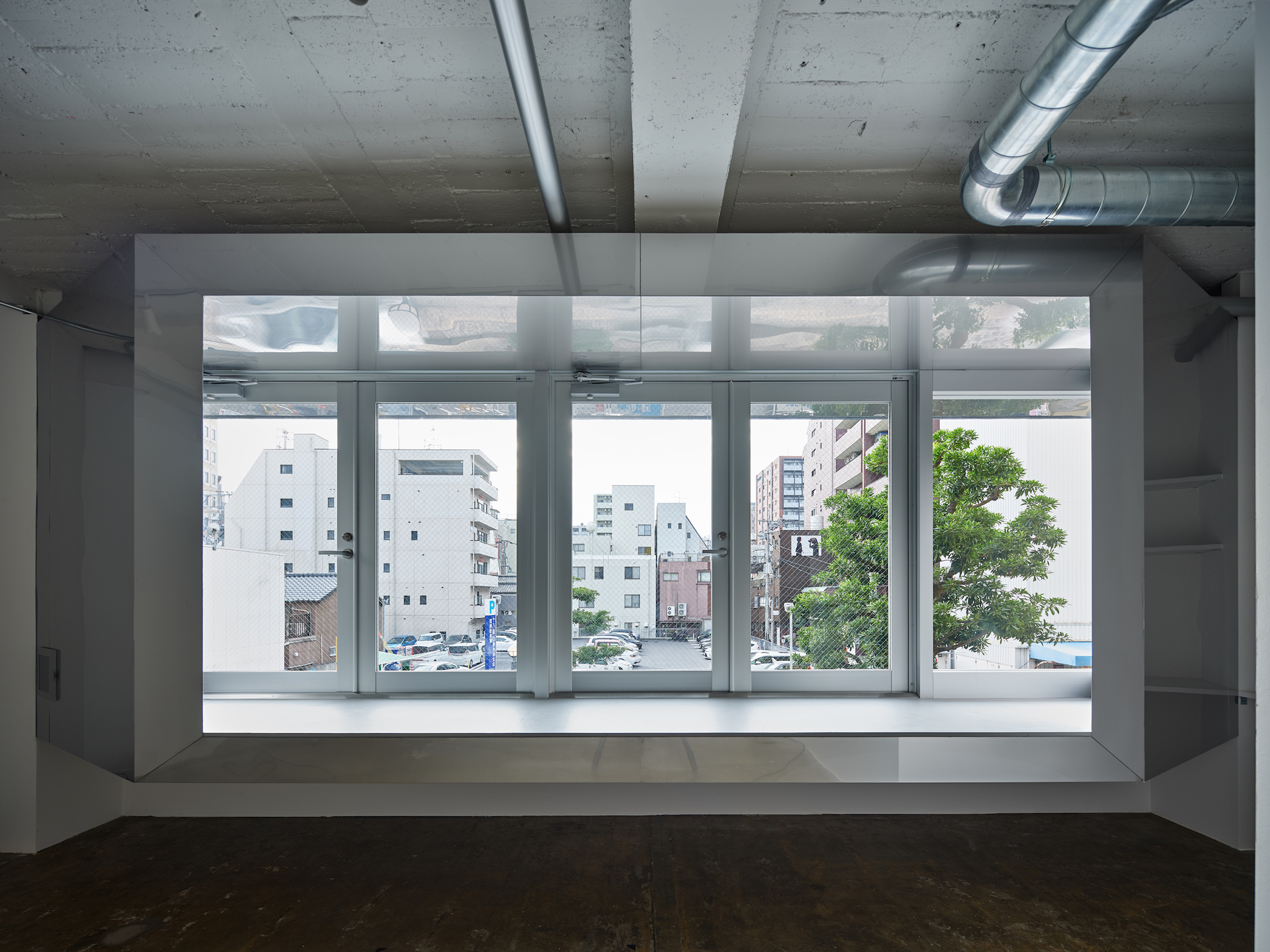 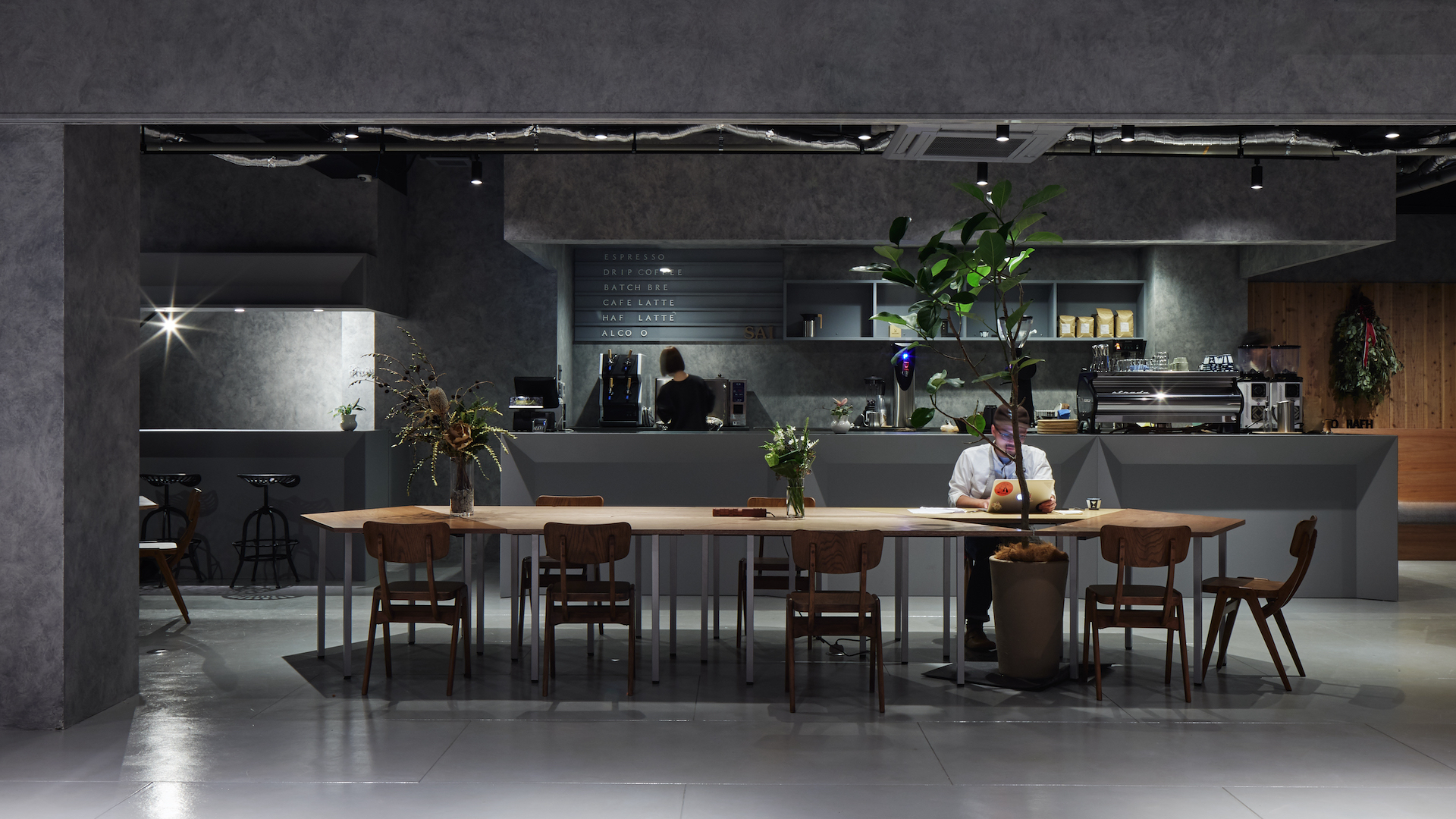 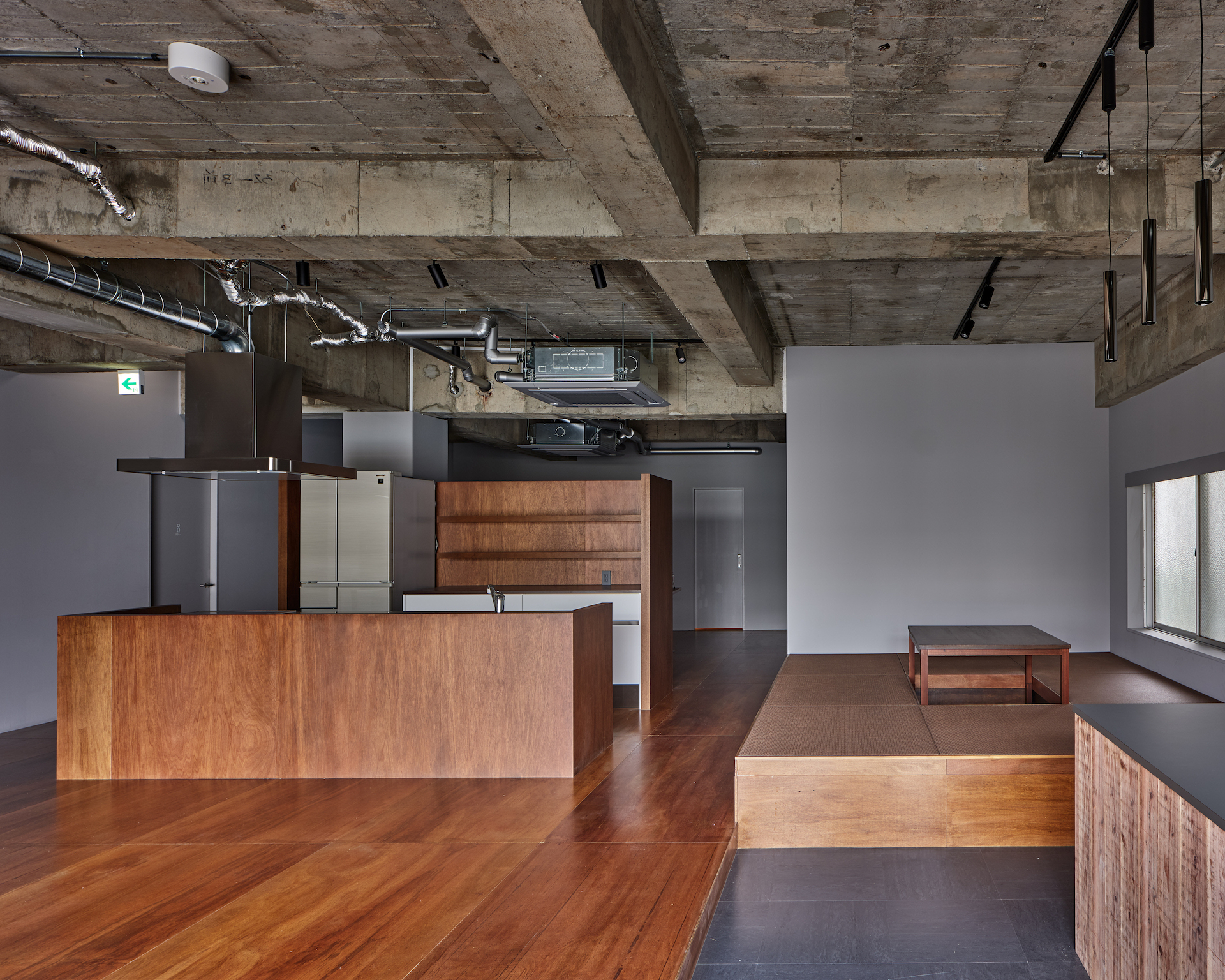 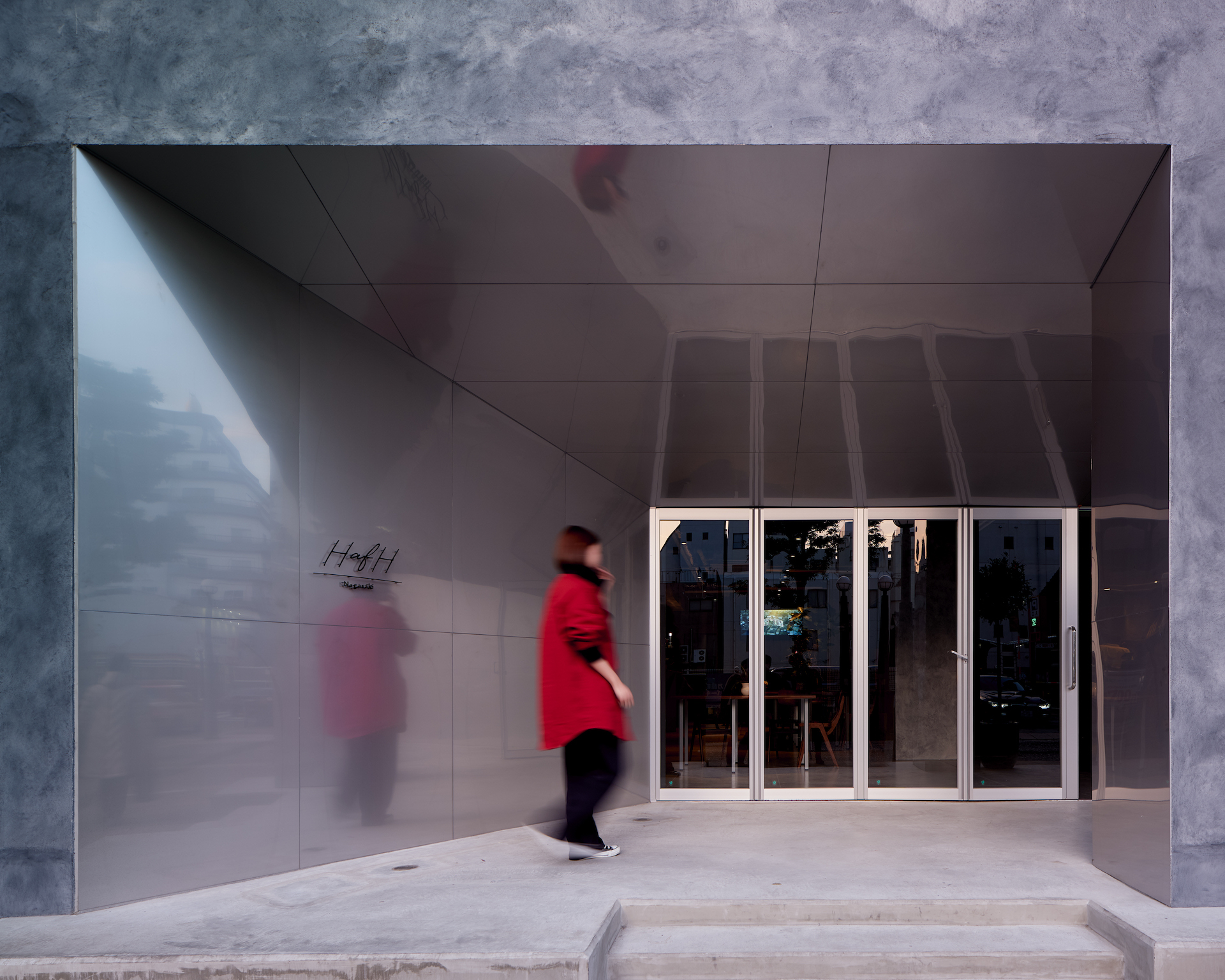 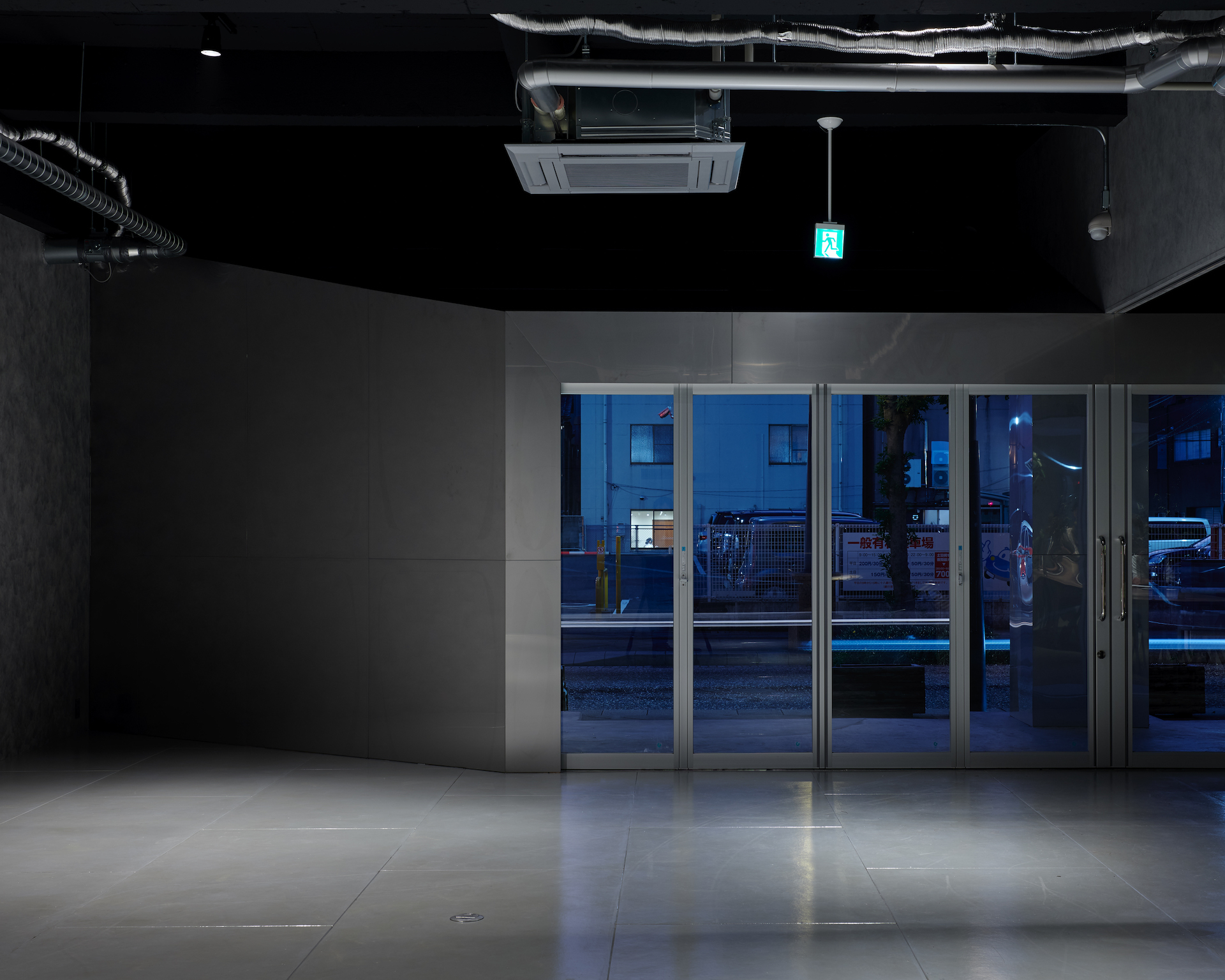 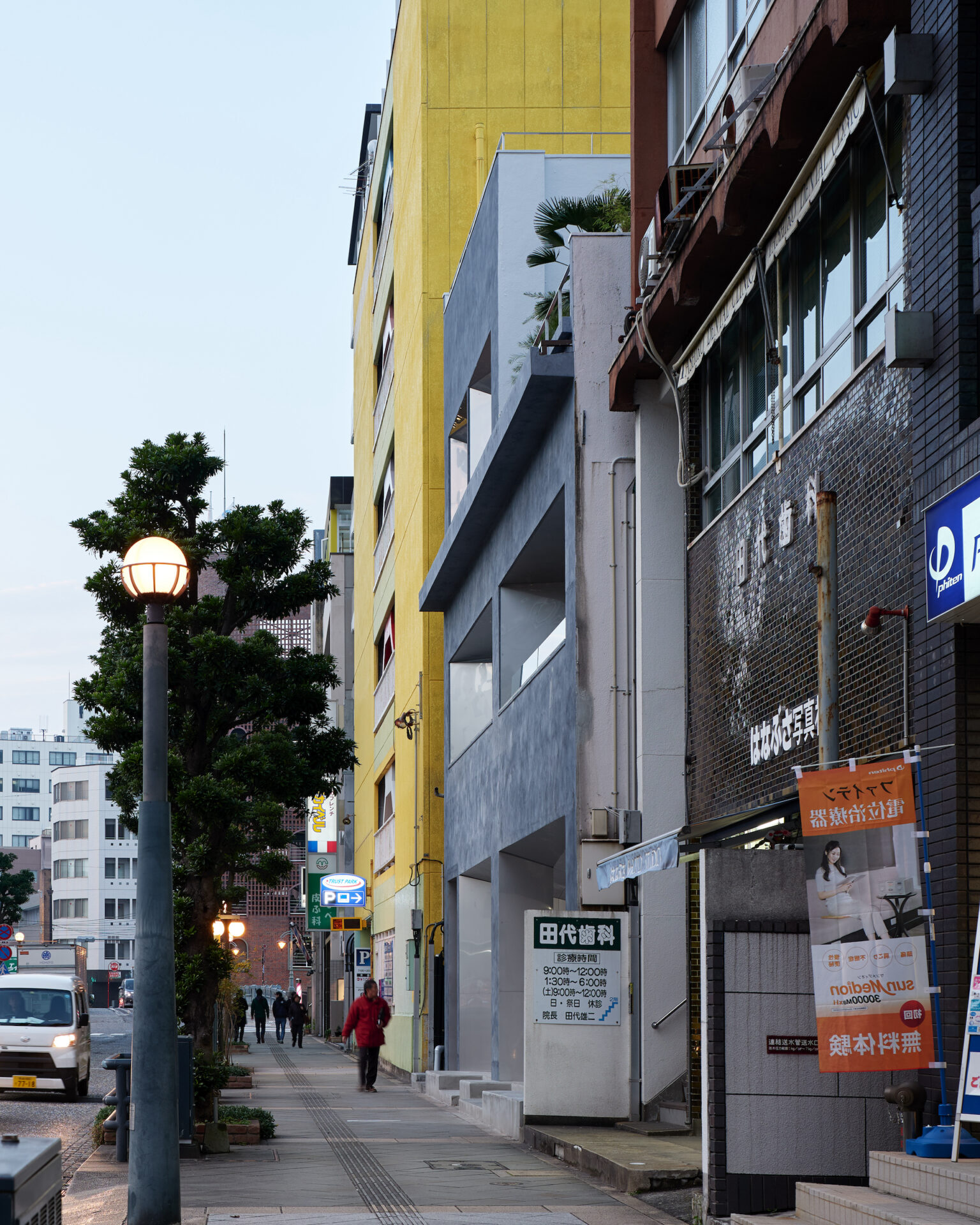 ‘HafH’ is an acronym for ‘Home away from Home’ – “Your HafH to the world. The company was established as a flat-rate service for co-living and co-working spaces under the catchphrase, “I’m not going to do this. We were asked to renovate a building in Nagasaki (SAI) for the first time, on the premise that we would eventually create HafH around the world. Therefore, I proposed an intermediate area toward the inside of the building, the “entrance window” to connect the city and the interior of the building.

Since this is a new business that mixes “living” and “working,” it was complicated to understand the relationship with the Building Standards Law and the new law on private lodging. In the end, the first floor is used for a cafe and shop, the second floor for coworking, and the third floor for living, and the entire building was reused as a hotel, dormitory, restaurant, and retail space.

There were many barriers to the renovation of the old building. In this case, because there were no structural calculations, it was not possible to make any major structural changes, such as raising or lowering the floor. Since the total floor area of the building was large, we changed most of it to a skeleton in consideration of the cost and focused on the facade to create a “space between the city and the architecture.”

As this is a commercial area (building-to-land ratio of 100%), the surrounding buildings, including the SAI Building, are densely packed to the very edge of the site boundary. The idea was to extend the windows from the openings to the “inside” of the building while retaining the existing wall lines. Although there was a disadvantage in terms of reducing the indoor space, the proposal of “a place where people inside the building and people in the city can mingle” was accepted. As opposed to a “bay window,” it’s a recessed window space, so we named it an “entrance window.

Stainless steel (2B) is used for the finish of the “entrance window,” which constitutes the characteristic facade. By using materials that softly reflect the surrounding landscape, we hoped that the window would become an interface that blends in with the surrounding environment while allowing light to enter the room. These six “windows” allow the urban area to penetrate the architecture, allowing people walking through the city to enter with the wind and light. The façade is full of holes, with only the openings receding into the wall and becoming voids, which are continuous with the surrounding walls, and has a unique suction force like a den.

HafH NAGASAKI SAI plays the role of a hub that welcomes people from all over the world and initiates a new chemical reaction through interaction with the city. Several projects networked with SAI are underway in Kyushu. “Wind and soil” is the slogan of our business, and it is through architecture that people can feel the beauty and comfort of their environment (climate). Together with HafH, we hope to present the power of new architecture as a way of transmitting new values from a small region to the world.